Paul explicitly flays it out to the Romans,"...offer your bodies as living sacrifices, holy and pleasing to Elohim." 12:1

Torah sacrifices were killed...but by one mans sacrifice we become the "living" sacrifices! 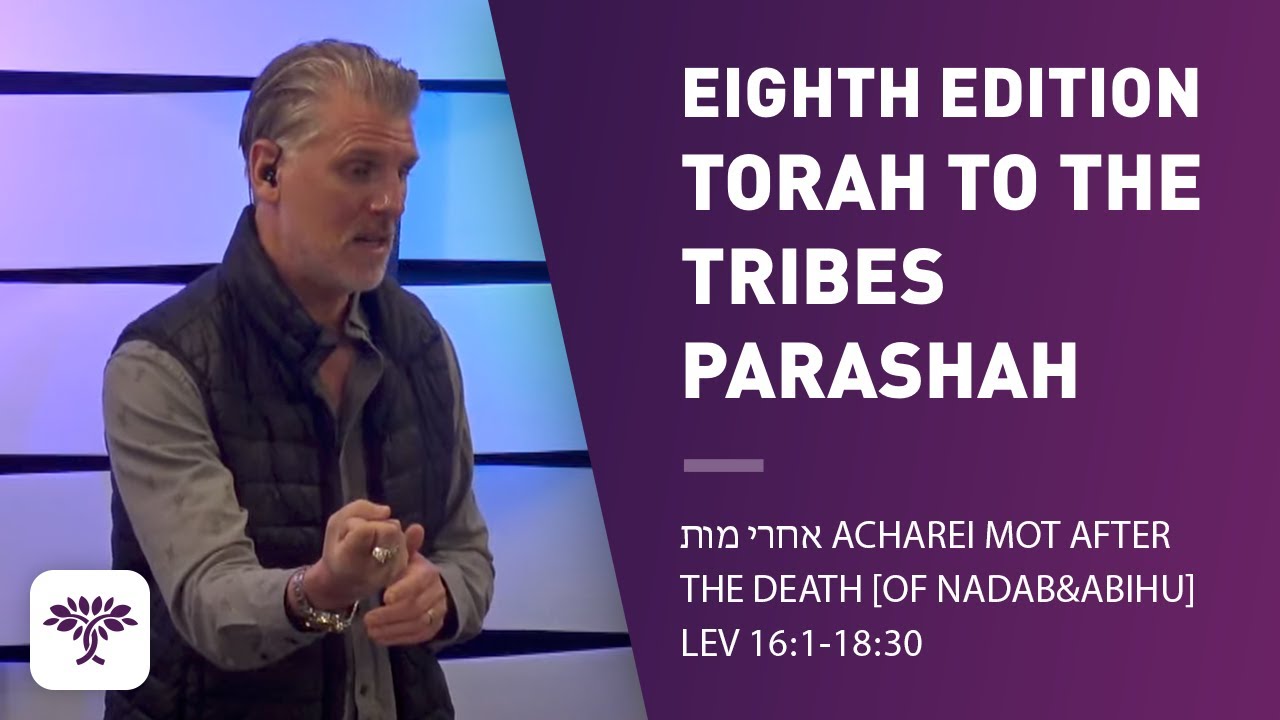 SACRIFICE
THE ALTAR OF SACRIFICE

And the LORD spake unto Moses after the death of the two sons of Aaron, when they offered before the LORD, and died; Lev 16:2 And the LORD said unto Moses, Speak unto Aaron thy brother, that he come not at all times into the holy place within the vail before the mercy seat, which is upon the ark; that he die not: for I will appear in the cloud upon the mercy seat. Lev 16:3 Thus shall Aaron come into the holy place: with a young bullock for a sin offering, and a ram for a burnt offering. Lev 16:4 He shall put on the holy linen coat, and he shall have the linen breeches upon his flesh, and shall be girded with a linen girdle, and with the linen mitre shall he be attired: these are holy garments; therefore shall he wash his flesh in water, and so put them on. Lev 16:5 And he shall take of the congregation of the children of Israel two kids of the goats for a sin offering, and one ram for a burnt offering.

Shemot 38:1 And he made the altar of burnt offering of acacia wood: five cubits was the length of it, and five cubits the width of it; it was foursquare; and three cubits the height of it. 2 And he made the horns of it on the four corners of it; the horns of it were of the same: and he covered it with brass. 3 And he made all the vessels of the altar, the pots, and the shovels, and the basins, and the flesh hooks, and the fire-pans: all the vessels of it he made of brass. 4 And he made for the altar a brass-grated network, under its rim, midway from the bottom. 5 And he cast four rings for the four ends of the grate of brass, to be places for the poles. 6 And he made the poles of acacia wood, and covered them with brass. 7 And he put the poles into the rings on the sides of the altar, to lift it; he made the altar hollow with boards.

The Tabernacle/Mishkan: there’s a single entrance to YHWH within the design, the eastern gate. Yahusha, the Yom Kippur Sacrifice is that door or gate, the entrance to YHWH. Verily, verily, I say unto you, I am the door of the sheep.

All that ever came before me are thieves and robbers: but the sheep did not hear them. I am the door: by me if any man enter in, he shall be saved, and shall go in and out, and find pasture. Jn. 10:7

We have to enter into the presence of YHWH/the tabernacle through the proper way…otherwise we are thieves and robbers.

יהוה has a very important message for those who are now in the door by what awaits them as the first point of contact!

Yom Kippur brings us to that first point of contact.

The first thing to greet us after entering the door is the ALTAR OF SACRIFICE!

We find ourselves first at a place of sacrifice!

True regenerated faith is one that recognizes a priority of sacrifice and the willingness to give rather than to get, or to give up…sin rather than gain…the world!

I am at the point in my life of realizing daily the imperative for sacrifice.  Sacrifice transcends my ideals, my hopes, my goals and accepts providence, accepts the tide of my life as my reaction now is resolute, my reaction to joy, sadness anything has to be accpetance…

It’s sacrificial character because it lays down its own will and tension.

It  is a must for those who approach the presence of YHWH! For He who accepts us requires us to practice acceptance.

There was no way to bypass the ALTAR OF SACRIFICE on the way into YHWH’s presence in the tabernacle!

*Self-preservation is natural…it the controversy of arguments and fighting…but self-sacrifice is supernatural!

In the Tanakh if someone needed YHWH;s protection he could run to this altar and take hold of the “HORNS OF THE ALTAR.”

1 Kings 1:49 is an example:  Adonijah took hold of the horns of the altar for protection.

1:49…the guests that were with Adoniyah were afraid, and rose up, and went every man his way. 50 And Adoniyah feared because of Shlomo, and arose, and went, and took hold of the horns of the altar. 51 And it was told Shlomo, saying, See, Adoniyah fears melech Shlomo: for, see, he has caught hold on the horns of the altar, saying, Let melech Shlomo swear to me today that he will not kill his eved with the sword. 52 And Shlomo said, If he will show himself a worthy man, there shall not a hair of his fall to the earth: but if wickedness shall be found in him, he shall die. 53 So melech Shlomo sent, and they brought him down from the altar. And he came and bowed himself to melech Shlomo: and Shlomo said to him, Go to your bayit.

(a reprieve – rachamin given – a time to prove teshuvah).

1 Kings 2:23 Then King Solomon swore by vuvh, saying, Elohim do so to me, and more also, if Adoniyah has not spoken this request against his own life.24 Now therefore, as vuvh lives, who has established me, and set me on the throne of David my abba, and who has made me a house, as He promised, Adoniyah shall be put to death this day.

Joab who was not innocent however was killed –

1 Kings 2:28 Then news came to Yoav: for Yoav had followed after Adoniyah, though he did not follow after Avshalom. and Yoav fled to the Tabernacle of vuvh, and took hold of the horns of the altar. 29 And it was told melech Shlomo that Yoav was fled to the Tabernacle of vuvh; and, see, he is by the altar. Then Shlomo sent Benayahu the son of Yahoyada, saying, Go, and kill him.

“Taking hold of the horns of the altar” symbolized your becoming a willing bound sacrifice…since the horns were used to bind a sacrifice!

2 Sam. 24:24 And the melech said to Aravnah, No; but I will surely buy it from you at a price: neither will I offer burnt offerings to vuvh my Elohim of that which costs me nothing. So Dawid bought the threshing floor and the cattle for fifty shekels of silver.

David desired to build an altar of sacrifice to worship YHWH, he says he couldn’t accept for “free” the land and the sacrifices from Araunah; he would not offer a sacrifice to YHWH that cost him nothing!!

There is so much symbolism.

Paul’s reflection of the Altar Service…

Rom. 12:1-2 I beg you therefore, Yisraelite brothers, by the rachamim of vuvh, that you present your bodies a living sacrifice, kadosh, acceptable to vuvh, which is your act of reasonable worship. 2 And be not conformed to this olam hazeh: but be transformed by the ongoing renewing of your mind, that you may discern what is that tov, acceptable, and even the perfect, will of vuvh.

Paul explicitly flays it out to the Romans, “…offer your bodies as living sacrifices, holy and pleasing to ELOAH..” 12:1

Torah sacrifices were killed…but by one mans sacrifice we become the “living” sacrifices!

This is when we need to take hold of the horns of the altar…to keep from leaving the altar of sacrifice! We have to be bound to the altar – fully committed to the heat…bound in cords for Messiah. “this is our spiritual act of worship.”

Romans 12:2 And be not conformed to this olam hazeh: but be transformed by the ongoing renewing of your mind, that you may discern what is that tov, acceptable, and even the perfect, will of vuvh.

How do I find YHWH’s will?

We’re to be transformed in our minds, in our thinking to giving, to sacrifice this demonstrates יהוה will being fulfilled in our lives.

The Will of Elohim is found in a basic quality…that of sacrifice! A right heart will make the right choices…Yahusha was able to accomplish the Fathers will because he always considered Himself, his life, a sacrifice! 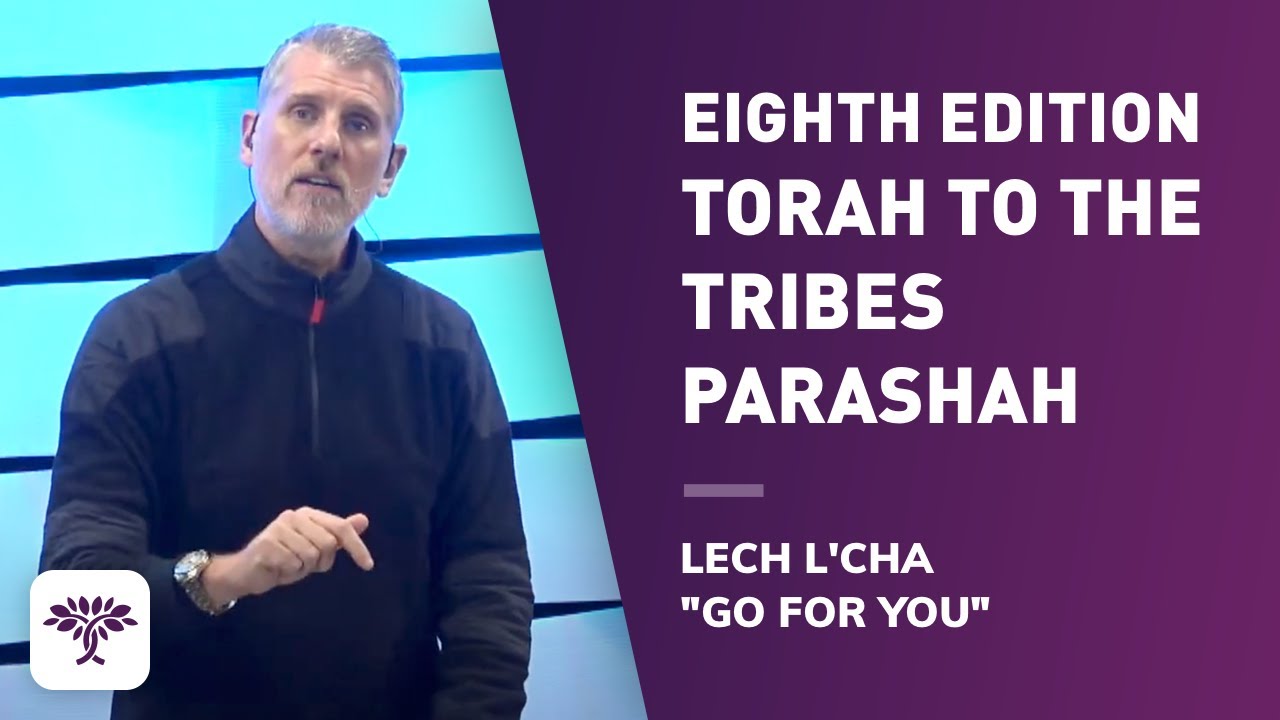 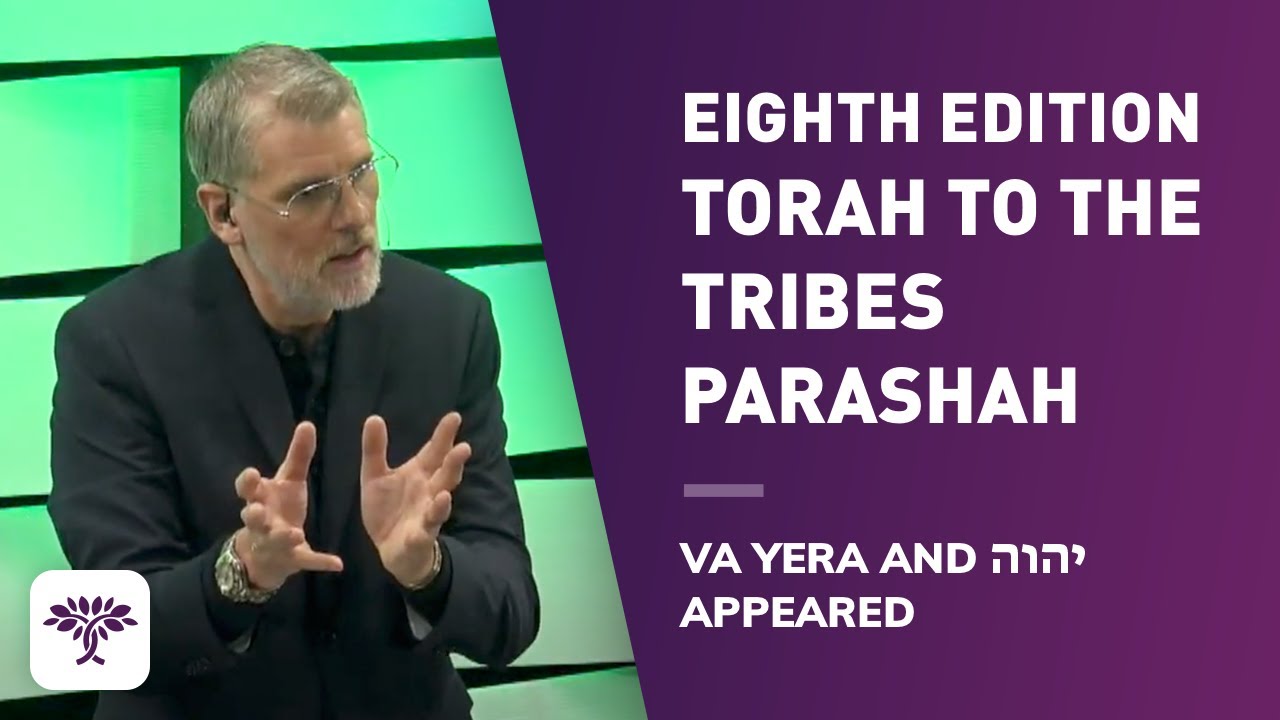 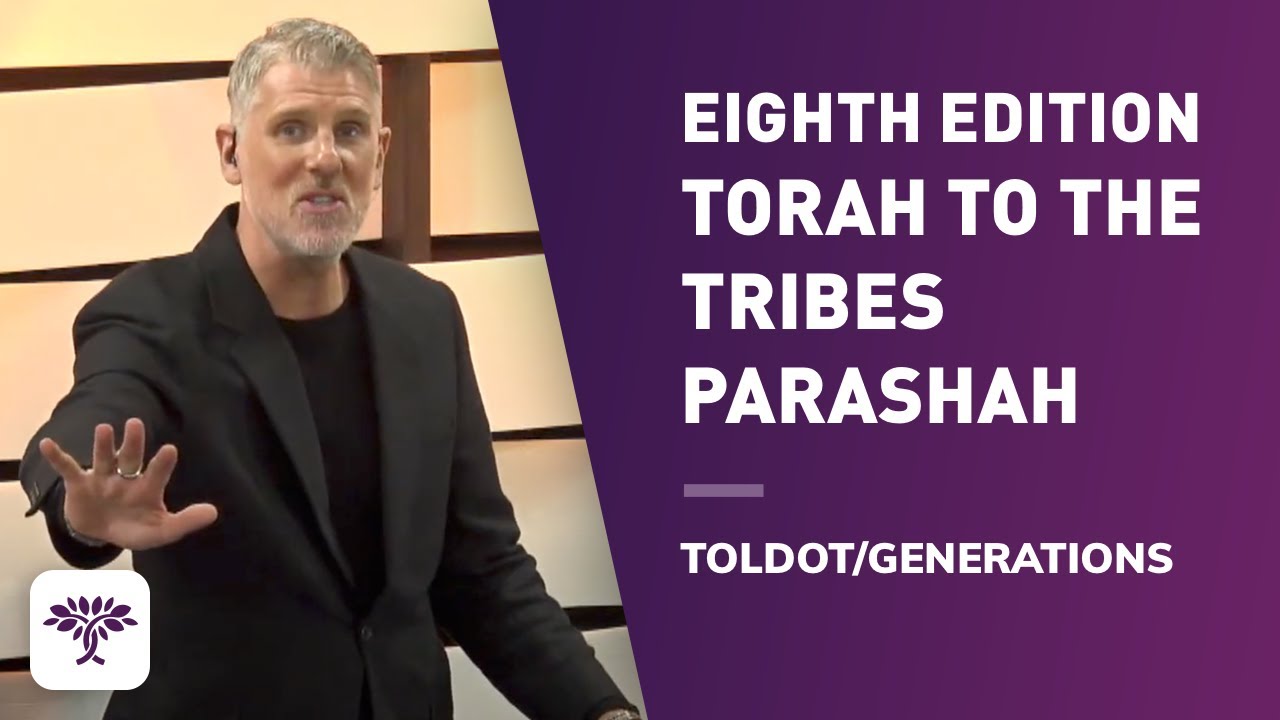 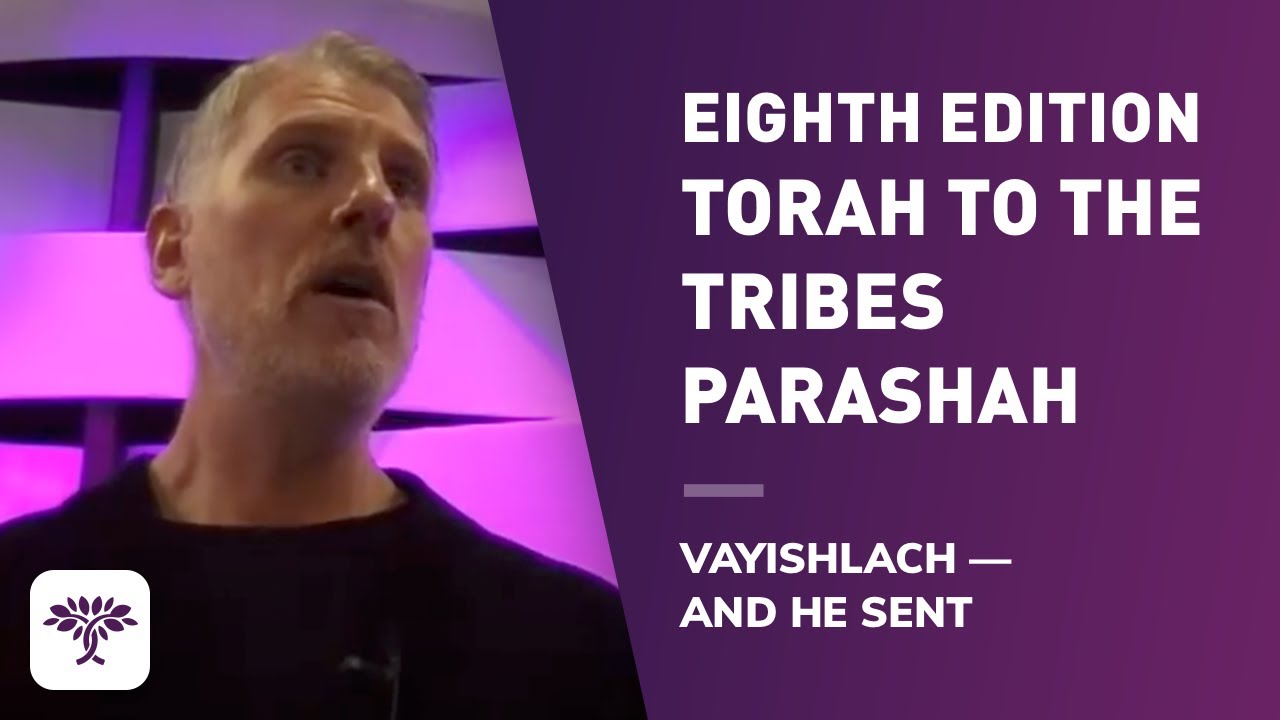 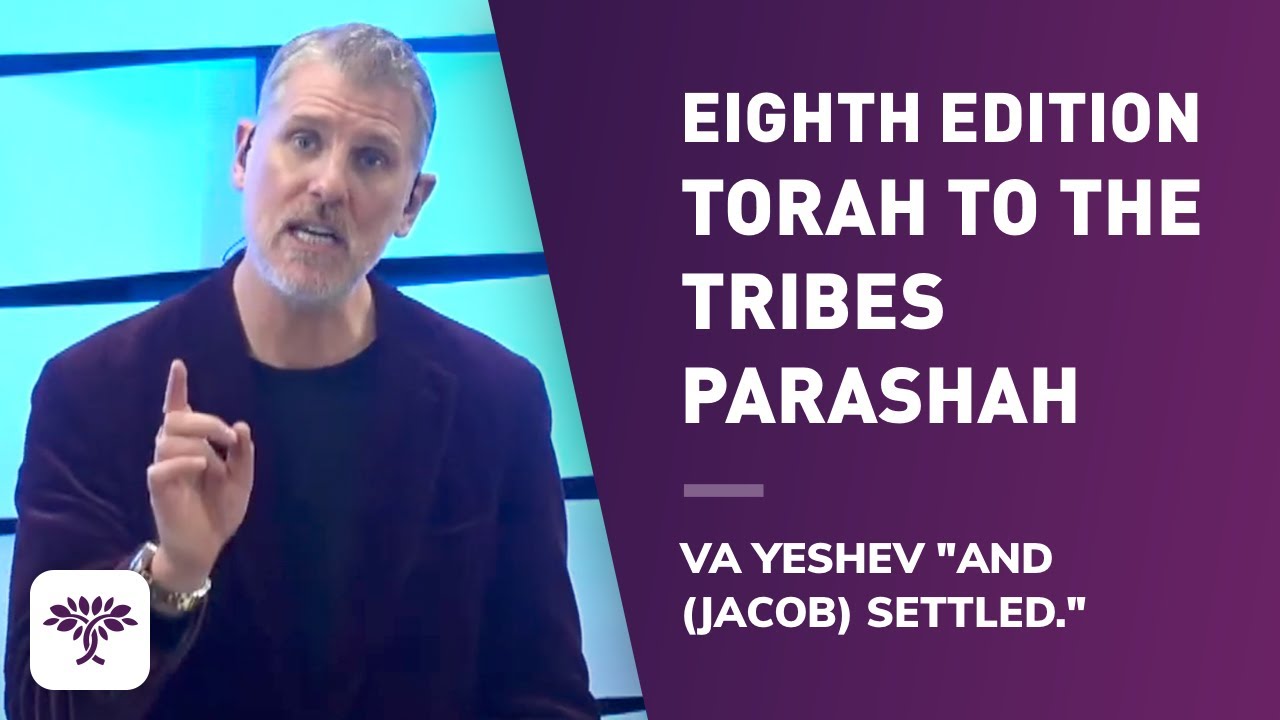 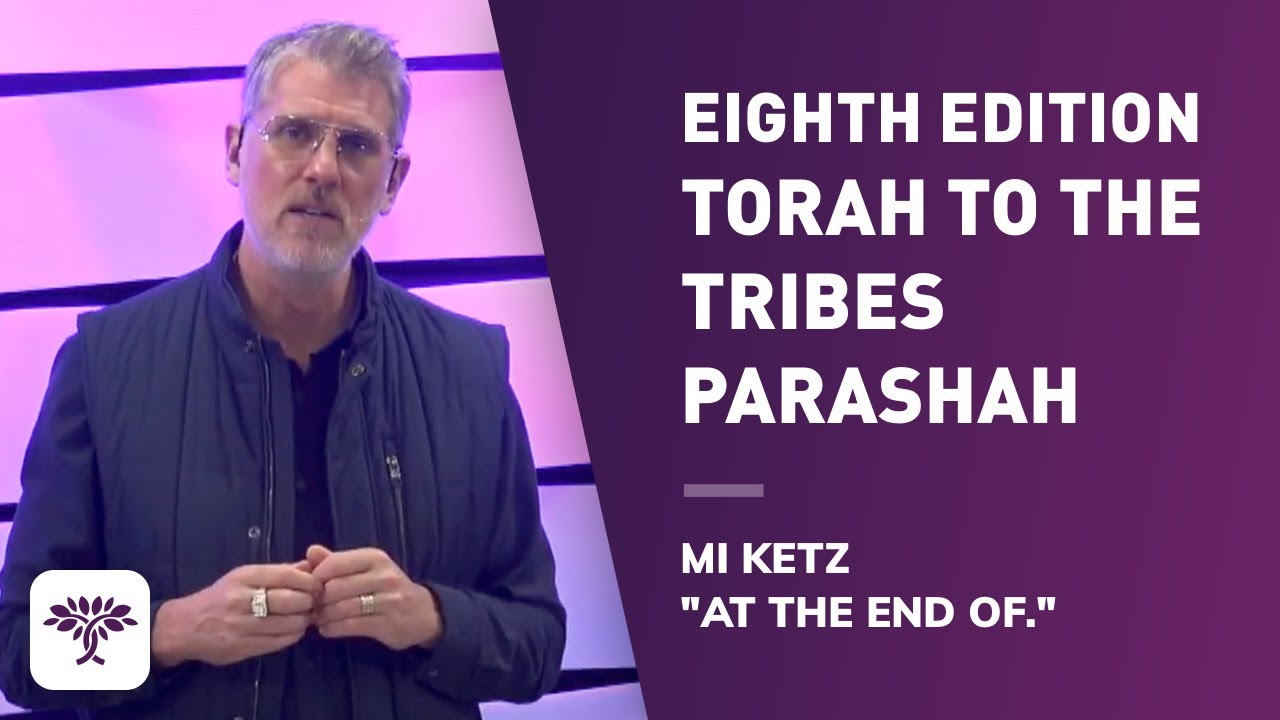 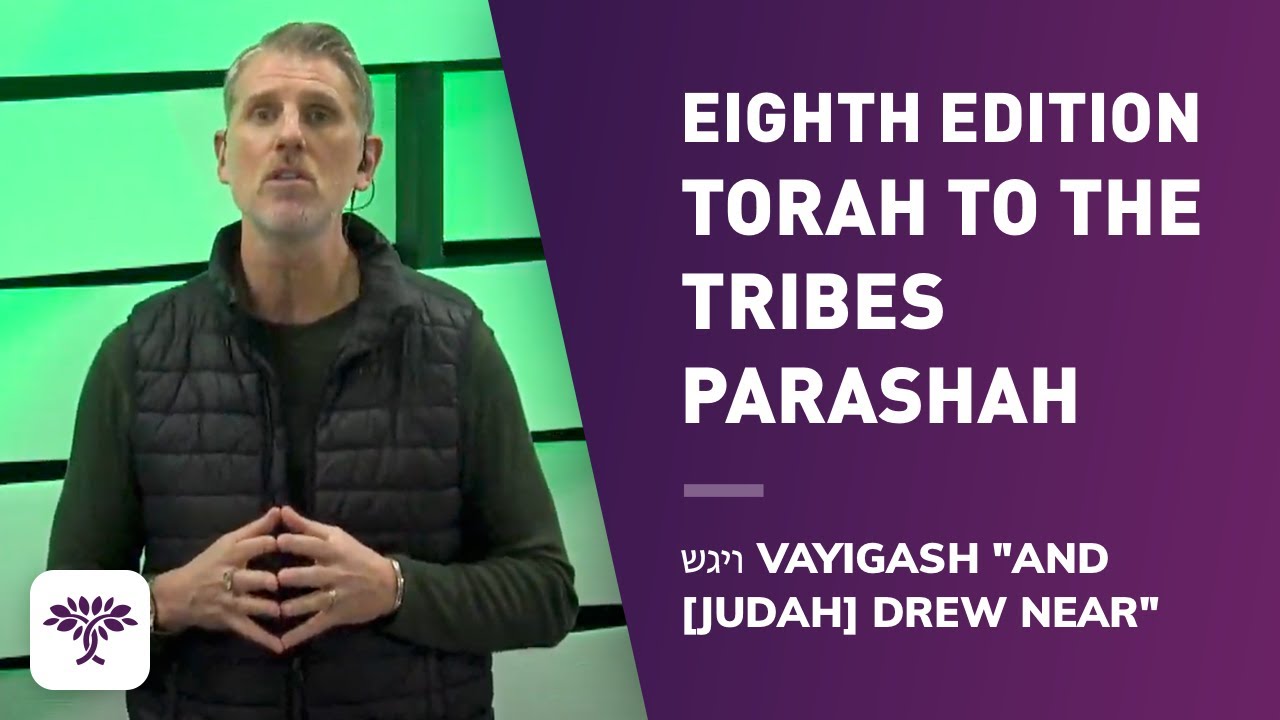 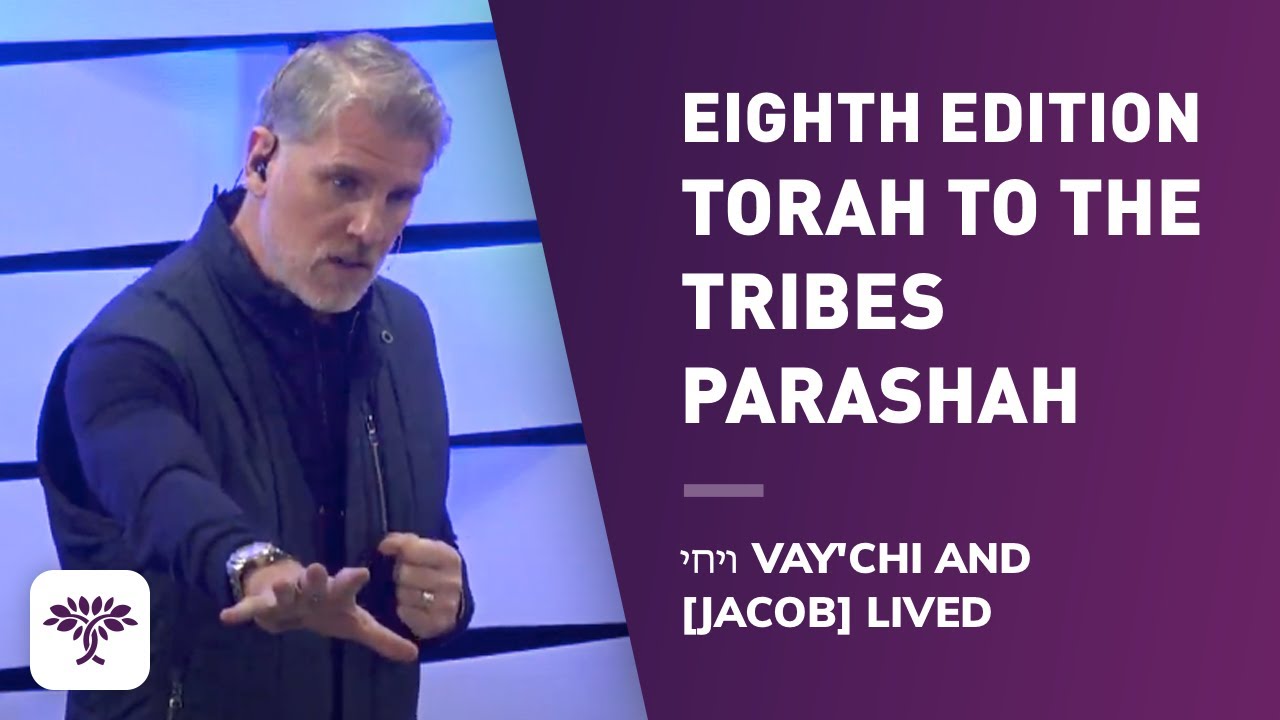 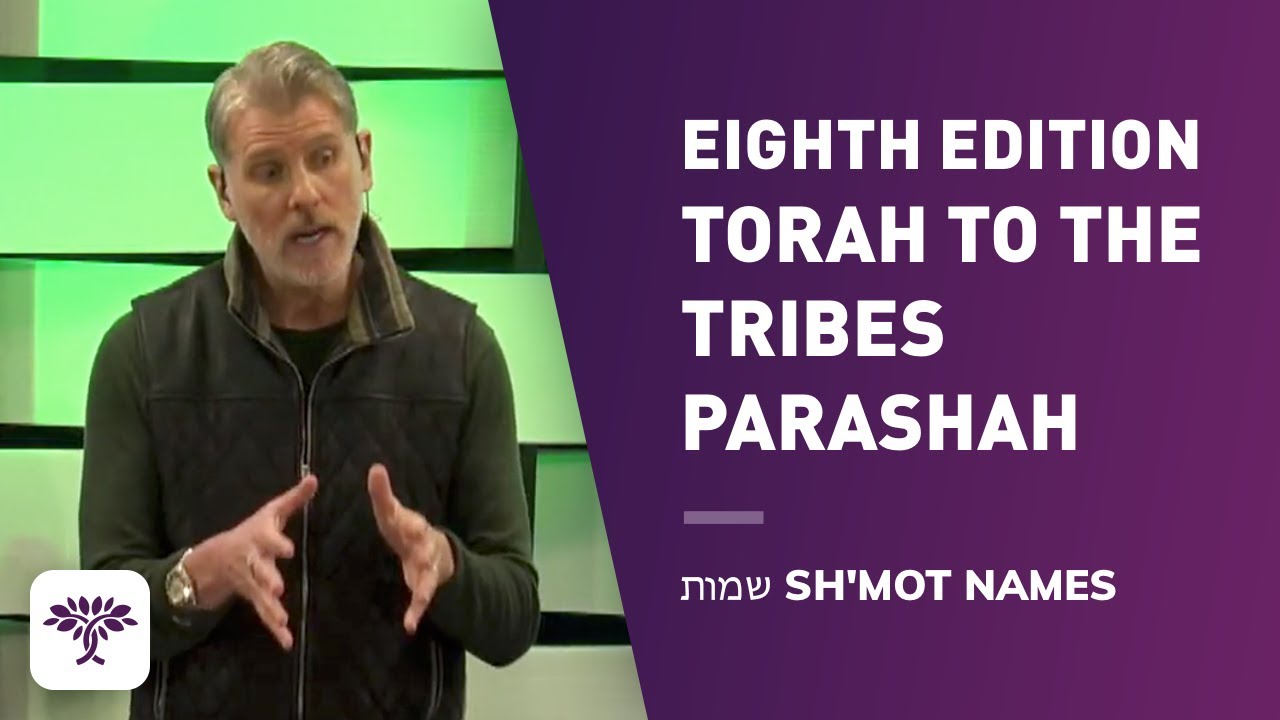 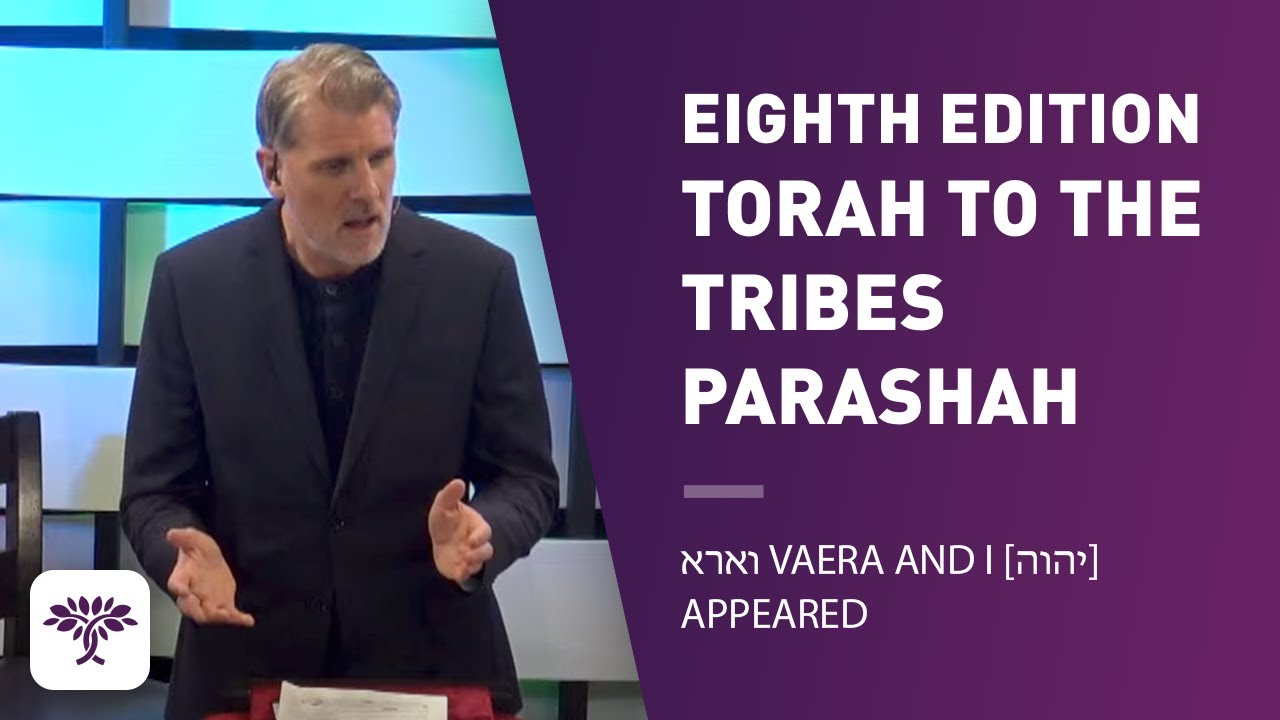 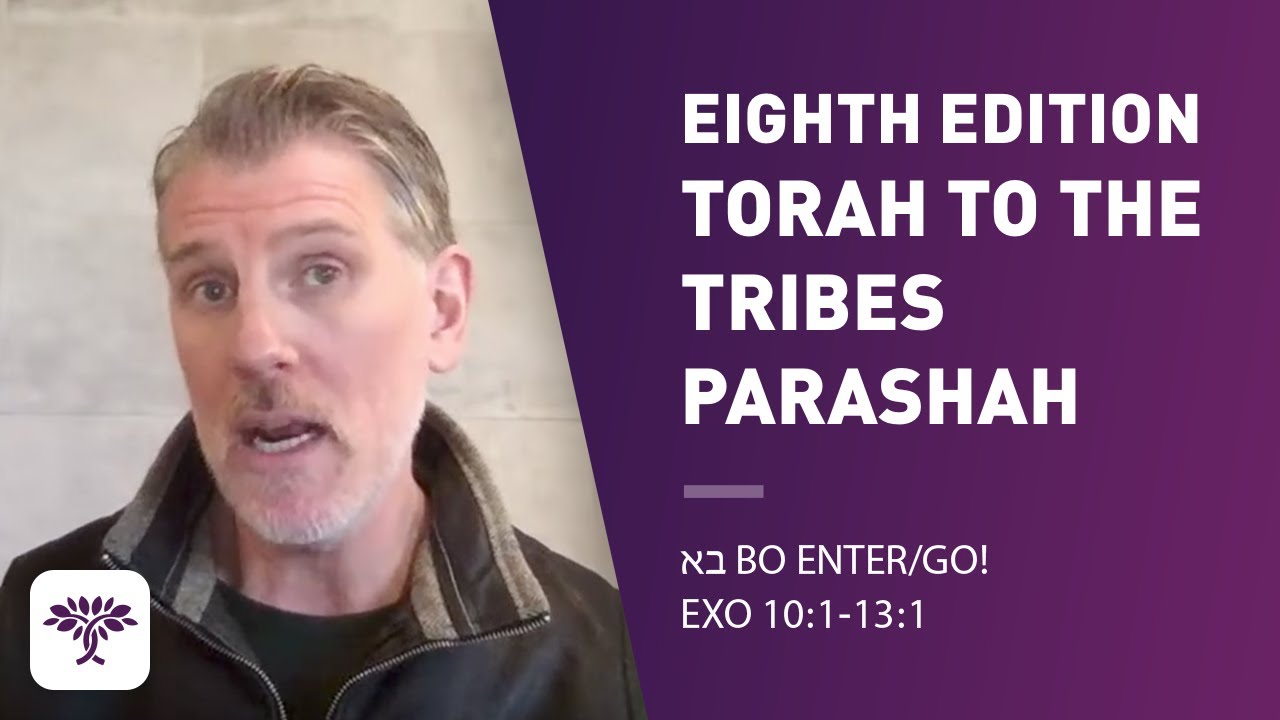 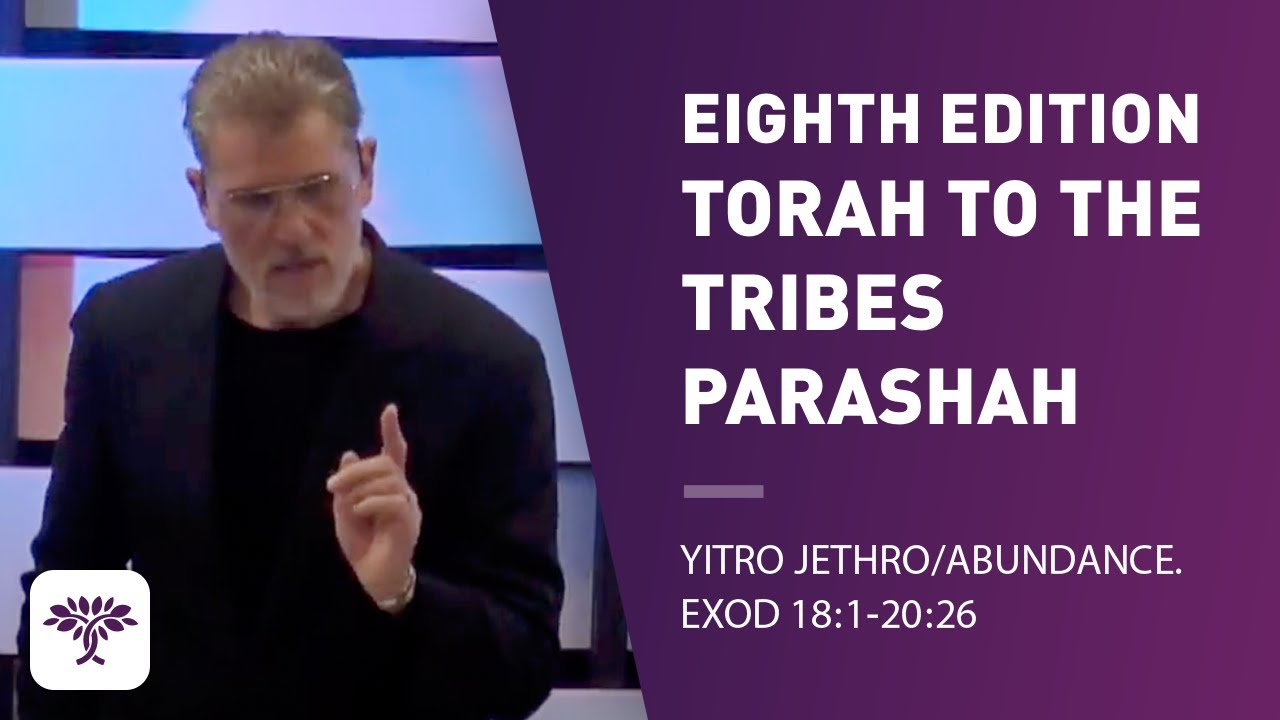 Learn how to live the Torah fully through the Book of the Covenant observance; thereby joining the priesthood instead of… 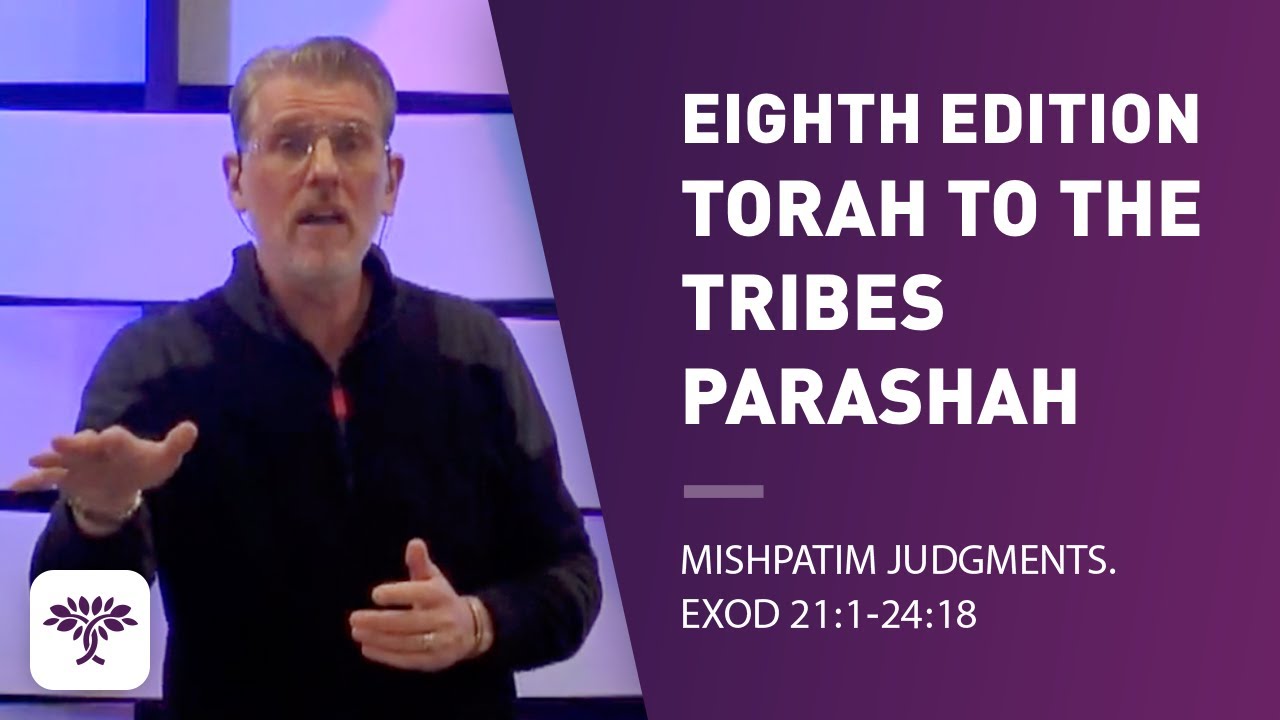 MISHPATIM - The law (TOROT) of bondservants, the TOROT from whence came Common Law, not to be mistaken with Statutory… 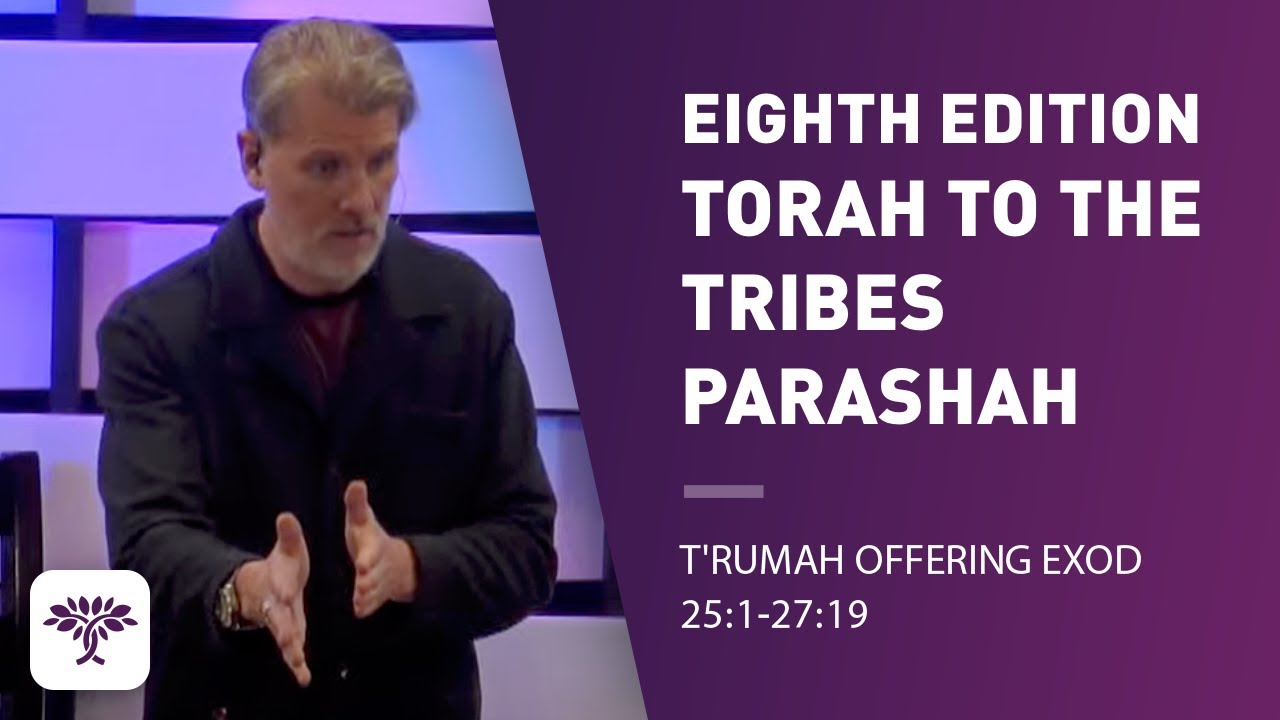 The Mishkan - tabernacle speaks to the temple man, the inner sanctuaries were dark, there was no natural light only… 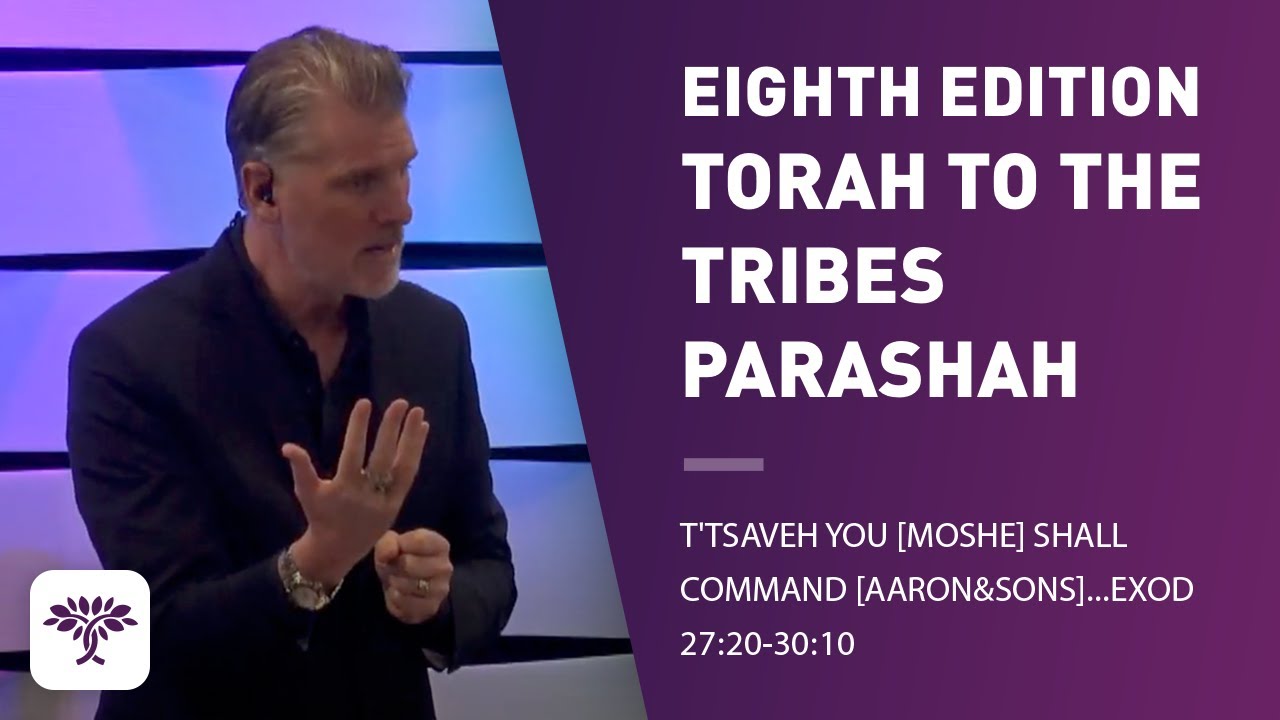 The Son had been manifested in the royal high priests of the pre mosaic covenant realm. High priests, born normal… 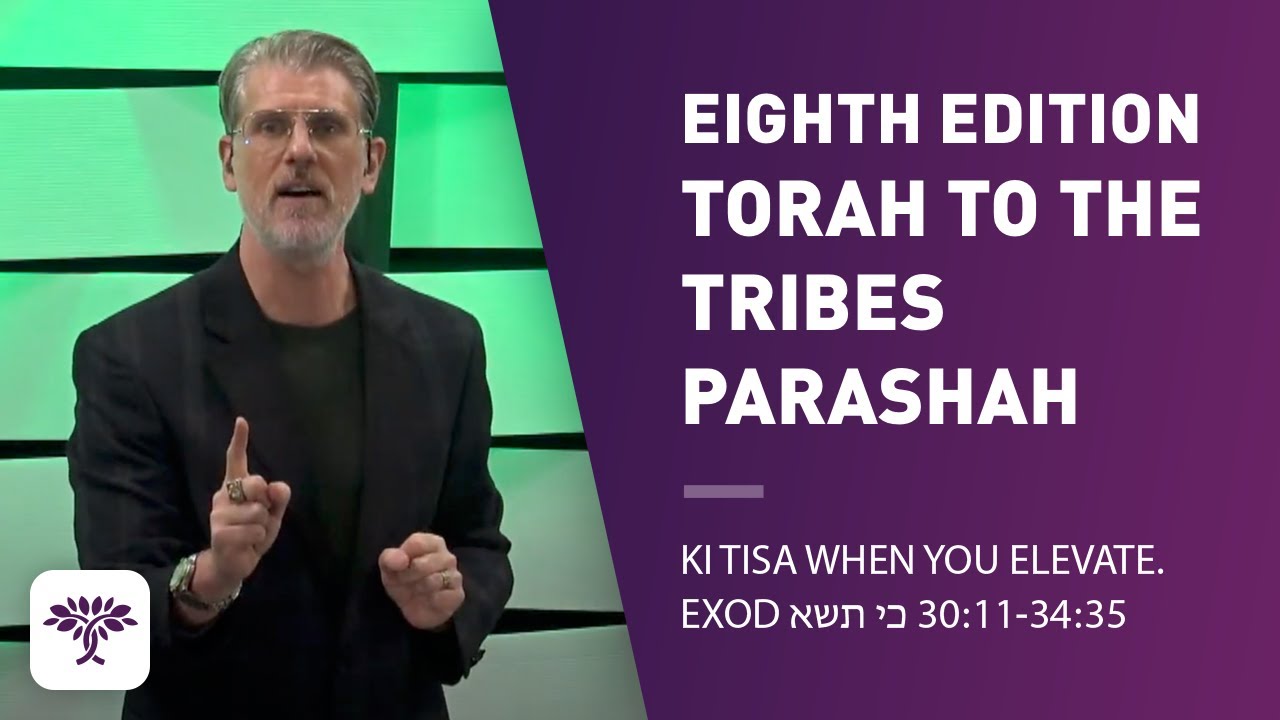 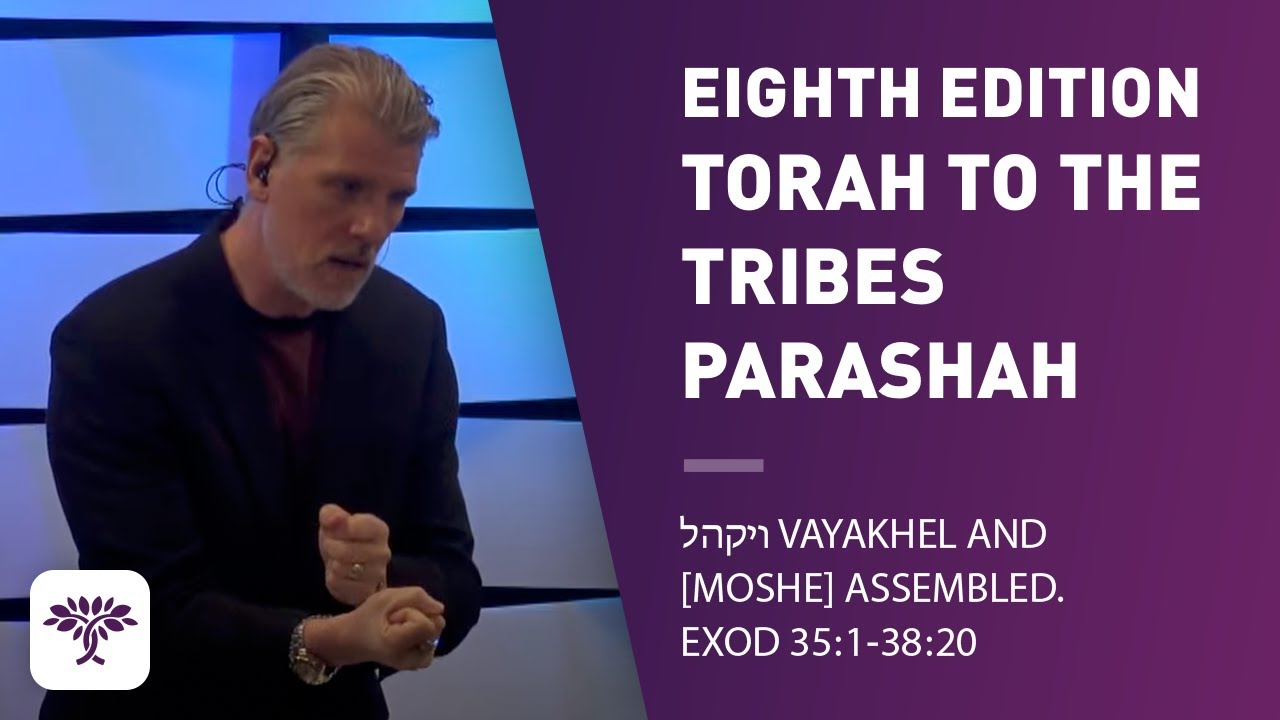 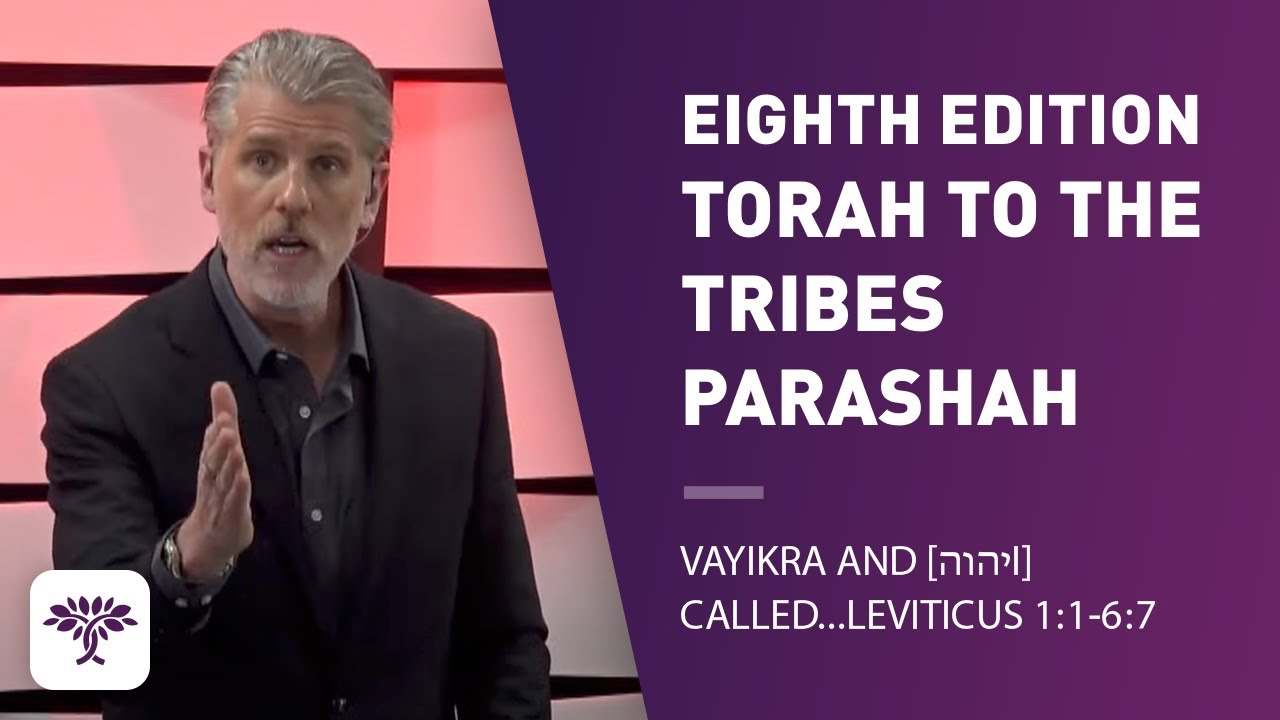 The divine call of Lev 11:44 embedded in the midst of the dietary laws and the Sabbath: Be holy for… 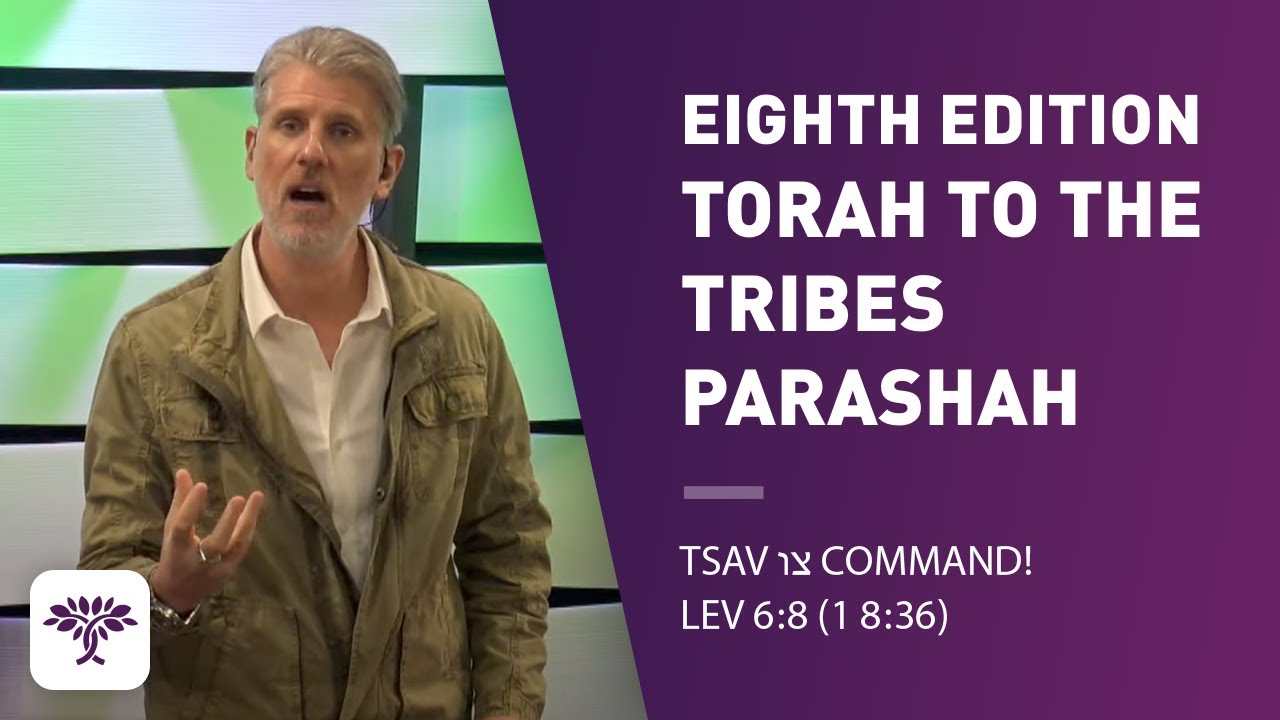 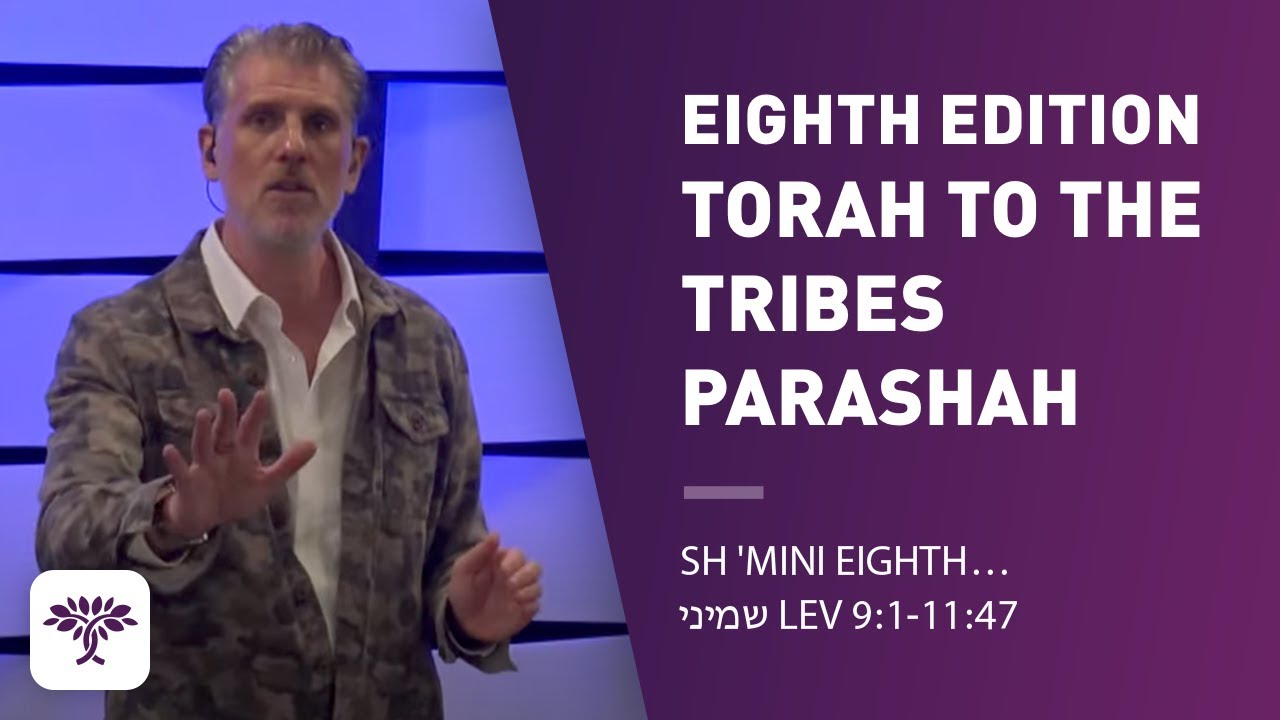 Created Adam and Eve on the 6th day, then rested on the 7th, and then they were to continue יהוה… 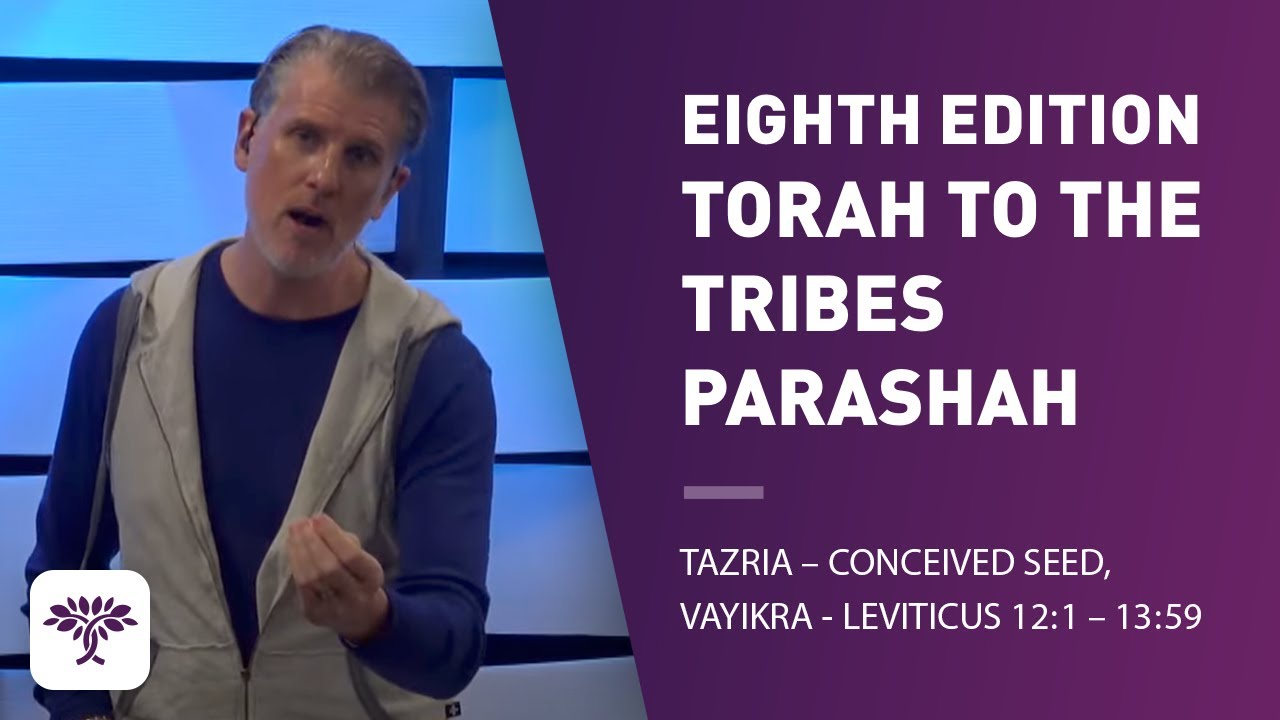 The purification of the leper is also used as a metaphor in prayer to indicate inner cleansing and renewal. Download… 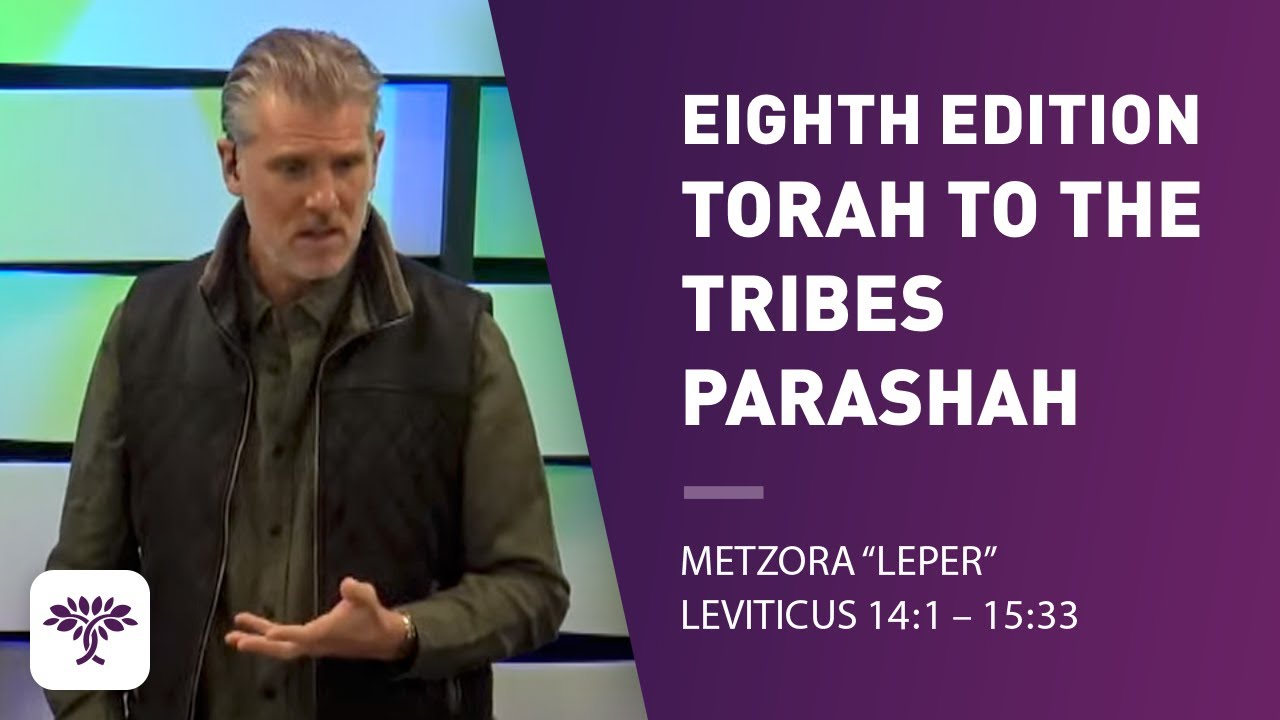 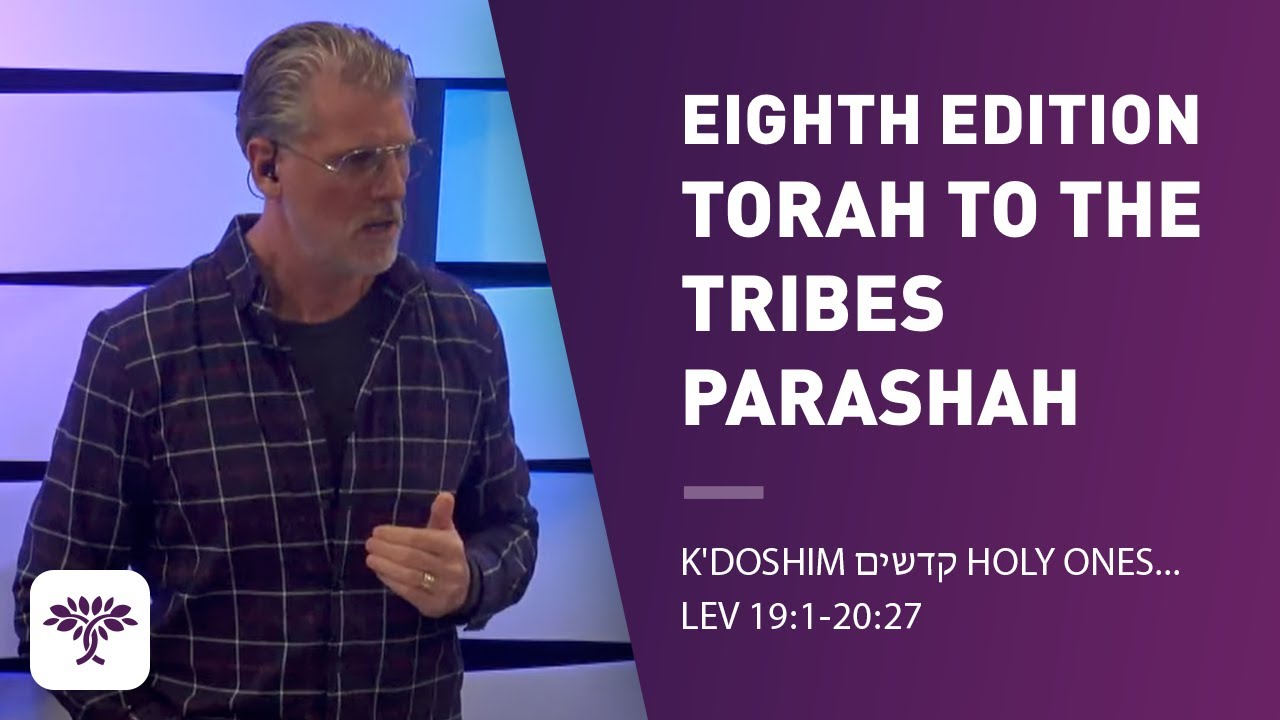 Holiness can’t be legislated; the TORAH leaves it to the individual as a personal decision. Download the 2021-2022 Eighth Edition… 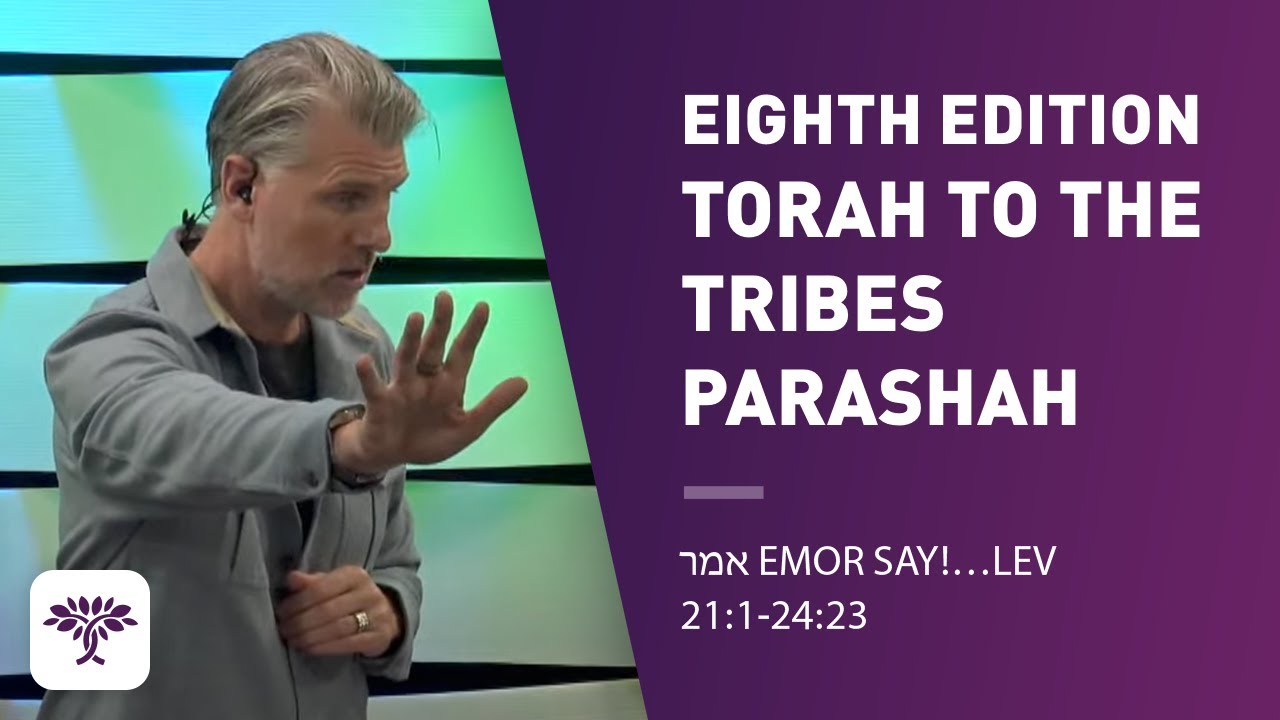