Viewing the bible with an allegorical approach will reveal the place 'in-between' - 'bêyn betwixt' where יהוה communes with the saints in the transformational realm. The bible is truly a transformational journal. Take an allegorical journey with Abraham-the friend of יהוה, Jacob, Noah, Sarah and Hagar to awaken the spiritual you as we look at allegory and metaphor in the bible to unlock our emotions and embrace the healing Word in this transforming Sukkoth series. 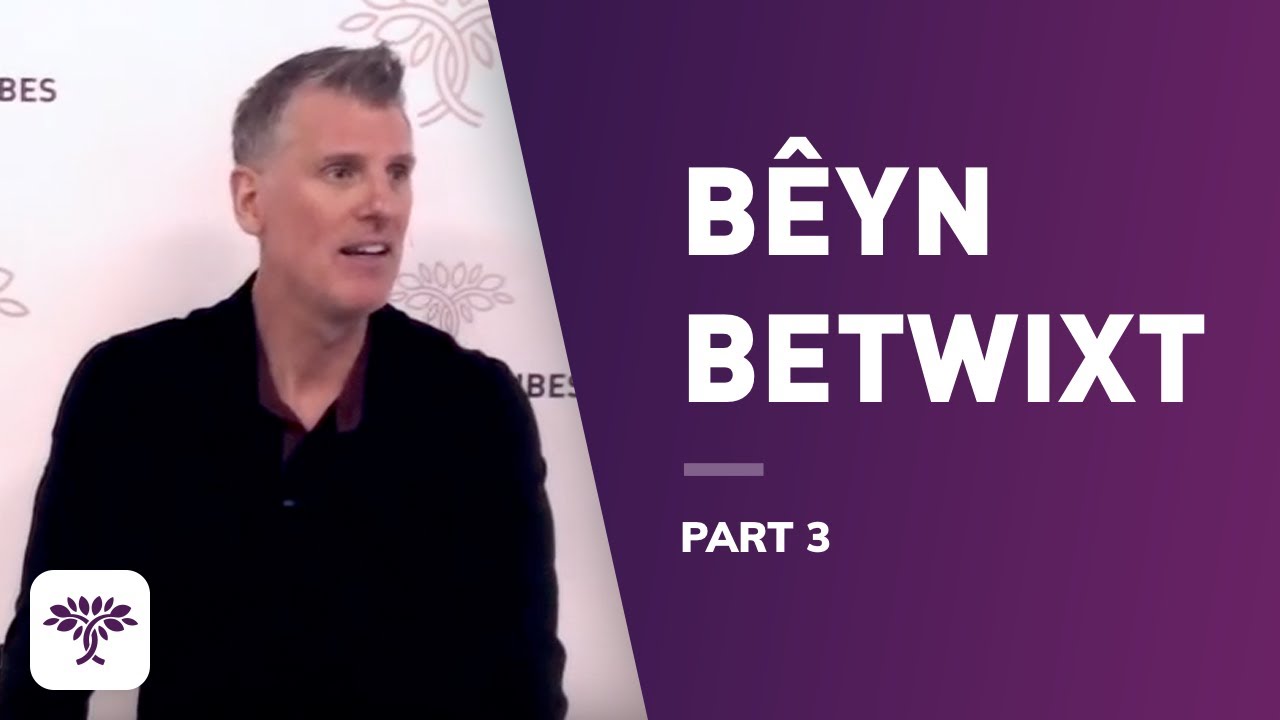 To reach the Jerusalem above, the higher energy or the fire we have to burn down our soulish man, our inner city first.

Josh 6:20 And it came to pass on the seventh day, that they rose early at the dawning of the day, and compassed the city after the same manner seven times: only on the day they compassed the city seven times…24. And they burnt the city with fire, and all that was therein; only the silver, and the gold, and the vessels of brass and of iron, they put into the treasury of the house of יהוה .

The allegory; we again have to ascend the 7 rungs of Jacob’s ladder to reach Pineal, then the city will burn, your be baptized with fire. The metallic you, your spiritual energy center-purified from 1 to 7 is what יהוה wants in His treasury He doesn’t want your dross, your carnality.

יהוה makes his ministers a flame of fire.

All our energy comes from right hemisphere in our brains – the High hand of יהוה – promised land in the east – the right! He shall baptize you in the Holy Spirit and in fire.

12:4 So Avram departed, as YHWH had spoken to him; and Lot went with him: and Avram was seventy-five years old when he departed out of Charan.5 And Avram took Sarai his wife, and Lot his brother’s son, and all their substance that they had gathered, and the beings that they had gotten in Charan; and they went out to go into the land of Kanaan; and into the land of Kanaan they came.

The journey is progressive. Not as one would think: Fathers house, community, country.

Torah teaches the opposite. First, the physical action, then the spiritual outcome: country, community, Fathers house.

Men judge by appearances but YHWH sees the heart.

Lot judged by appearances, If we’re the children of the covenant we are to walk by sound not sight, the voice of YHWH not the seduction of sight.

Beresheeth/Genesis 12:10 And there was a famine in the land: and Avram went  down into Mitzrayim to sojourn there; for the famine was severe in the land. 11 And it came to pass, when he was come near to enter into Mitzrayim, that he said to Sarai his wife, See now, I know that you are a beautiful woman to look upon: 12 Therefore it shall come to pass, when the Mitzrim shall see you, that they shall say, This is his wife: and they will kill me, but they will save you alive. 13 Please say you are my sister: that it may be well with me for your sake; and my being shall live because of you. 14 And it came to pass, that, when Avram came into Mitzrayim, the Mitzrim beheld the woman that she was very beautiful. 15 The princes of Pharaoh also saw her, and commended her before Pharaoh: and the woman was taken into Pharaoh’s bayit.16 And he treated Avram well for her sake: and he had sheep, and oxen, and male donkeys, and male avadim, and female avadim, and female donkeys, and camels. 17 And vivo plagued Pharaoh and his bayit with great plagues because of Sarai Avram’s wife. 18 And Pharaoh called Avram, and said, What is this that you have done to me? Why did you not tell me that she was your wife? 19 Why did you say, She is my sister? So I might have Mistakenly taken her to me as my wife: now therefore see your wife, take her, and go your way. 20 And Pharaoh commanded his men concerning him: and they sent him away, and his wife, and all that he had. And Avram went up out of Mitzrayim, he, and his wife, and all that he had, and Lot with him, into the south. 2 And Avram was very rich in cattle, in silver, and in gold.

Beresheeth 16:1 Now Sarai Avram’s wife bore him no children: and she had a handmaid, a Mitzri, whose name was Hagar. 2 And Sarai said to Avram, See now, vuvh has restrained me from bearing: Please, go in to my maid; it may be that I may obtain children by her; And Avram listened to the voice of Sarai. 3 And Sarai Avram’s wife took Hagar her maid the Mitzri, after Avram had dwelt ten years in the land of Kanaan, and gave her to her husband Avram to be his wife. 4 And he went in to Hagar, and she conceived: and when she saw that she had conceived, her mistress was despised in her eyes. 5 And Sarai said to Avram, My wrong is upon you: I have given my maid into your bosom; and when she saw that she had conceived, I was despised in her eyes: vuvh judge between me and you. 6 But Avram said to Sarai, See, your maid is in your hand; do to her as it pleases you. And when Sarai dealt harshly with her, she fled from her face. 7 And the Malach-vuvh found her by a fountain of mayim in the wilderness, by the fountain on the derech to Shur. 8 And He said, Hagar, Sarai’s maid, where did you come from? And where will you go? And she said, I flee from the face of my mistress Sarai. 9 And the Malach-vuvh said to her, Return to your mistress, and submit yourself under her hands. 10 And the Malach-vuvh said to her, I will multiply your zera exceedingly, that it shall not be numbered for multitude. 11 And the Malach-vuvh said to her, See, you are with child, and shall bear a son, and shall call his name Yishma-El; because vuvh has heard your affliction. 12 And he will be a wild man; his hand will be against every man, and every man’s hand against him; and he shall dwell in the presence of all his brothers. 13 And she called on the Name of vuvh that spoke to her, You are El-Roi: for she said, Have I even here looked upon Him that sees me? 14 Therefore the well was called Beer-Lahai-Roi; and it is between Kadesh and Bered. 15 And Hagar bore Avram a son: and Avram called his son’s name, which Hagar bore, Yishma-El. 16 And Avram was eighty-six years old, when Hagar bore Yishma-El to Avram.

YHWH’s angel speaks directly to Hagar, in verse 13 Hagar names YHWH, would YHWH speak to a woman and would she dare reply?

Hagar has her own personal journey and leaves her home.

Hagar is more comfortable with YHWH and she demonstrates a personal relationship.

Gal 4:21Tell me, you that desire to be under the Bol/law; 10 do you not listen tothe Torah? 22 For it is written, that Avraham had two sons, the one by a female eved, the other by a free woman.23 But he who was from the female eved was born after the flesh; 13 but he from the free woman was bypromise. 14 (Law division – BoL was born after and is fleshly) 24 Which things are allegories: 15 for these are the two covenants; the one from Har Senai, that brings forth slavery, which is Hagar.25 For this Hagar is Har Senai in Arabia, and corresponds to Yahrushalayim that now exists, and is in slavery with her children. (Paul states this is a allegory about two COVENANTS, one is from Mt Sinai (Ex 24:12) and is fleshly and brings you into bondage and was the present state of Jerusalem in Paul’s day) 26 But the Yahrushalayim that is above is free, 1 which is the eema of us all. (BoC is free because it’s heavenly Malki-Tzedik) 2 27 For it is written, Gilah, you barren that did not bear;break forth3 and shout for simcha, 4 you that did not have labor: for the barren and deserted one has many more children5 than she who has had a husband.28 Now7 we, Yisraelite brothers, are like Yitzchak was; 8 we are the children of promise (Cov’s of promise). 9 29 But as it was then, he that was born after the flesh persecuted him that was born after the Ruach Hakodesh, even so, it is now(the corruptHasmonian temple system flaunting the BoL was persecuting the Eliazer – Zadokites and the BoC followers of Yeshua) 30 Nevertheless what does the Katuv tell us to do? Cast out the female eved and her son: for the son of the female eved shall not be heir with the son of the free woman. (The Prophets Ezekiel and Jeremiah tell us to cast off the BoL, for those following the BoLshall not be heirs with Yeshua the son of heaven) 31 So then, Yisraelite brothers, we are not children of the female eved, (BoL) but of the free woman (BoC). 12 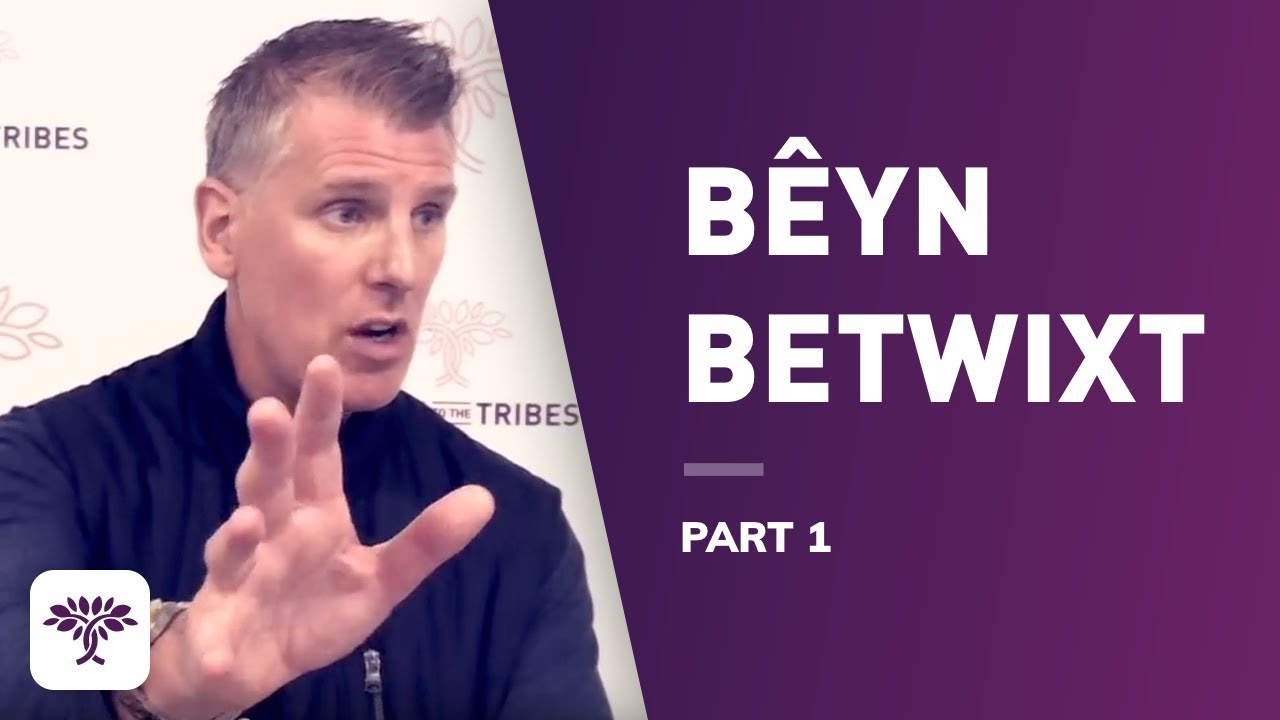 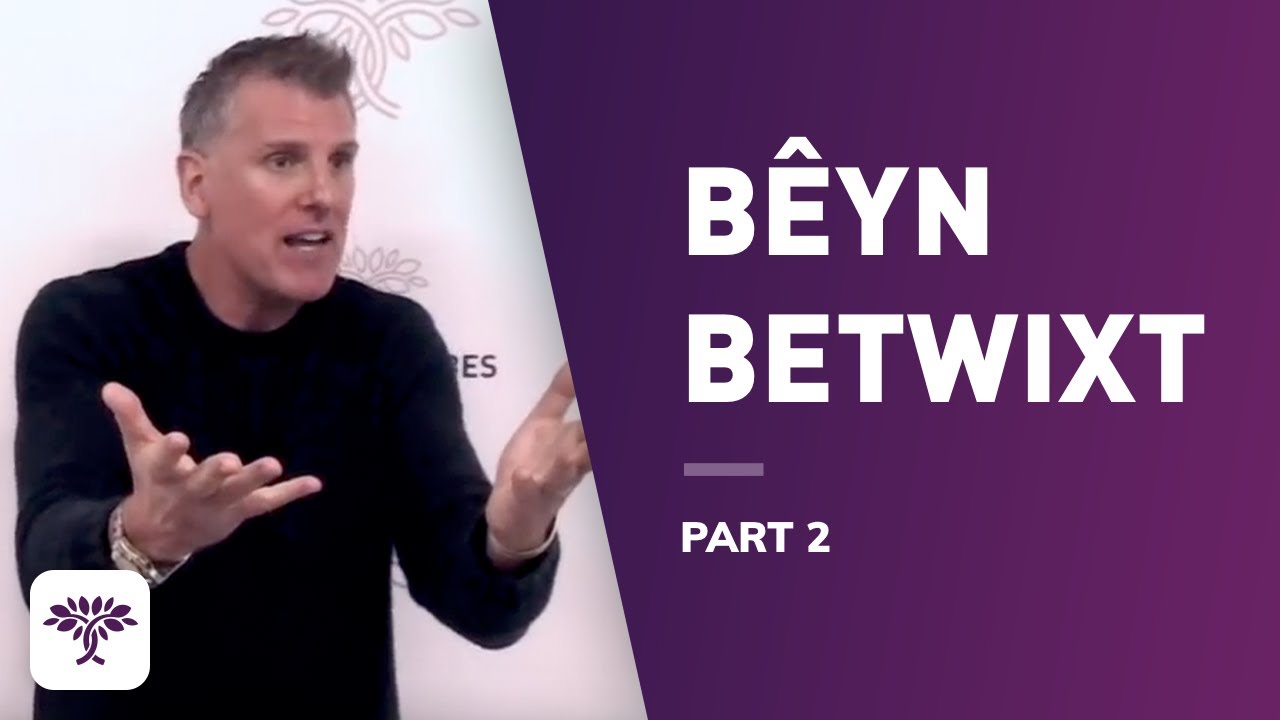 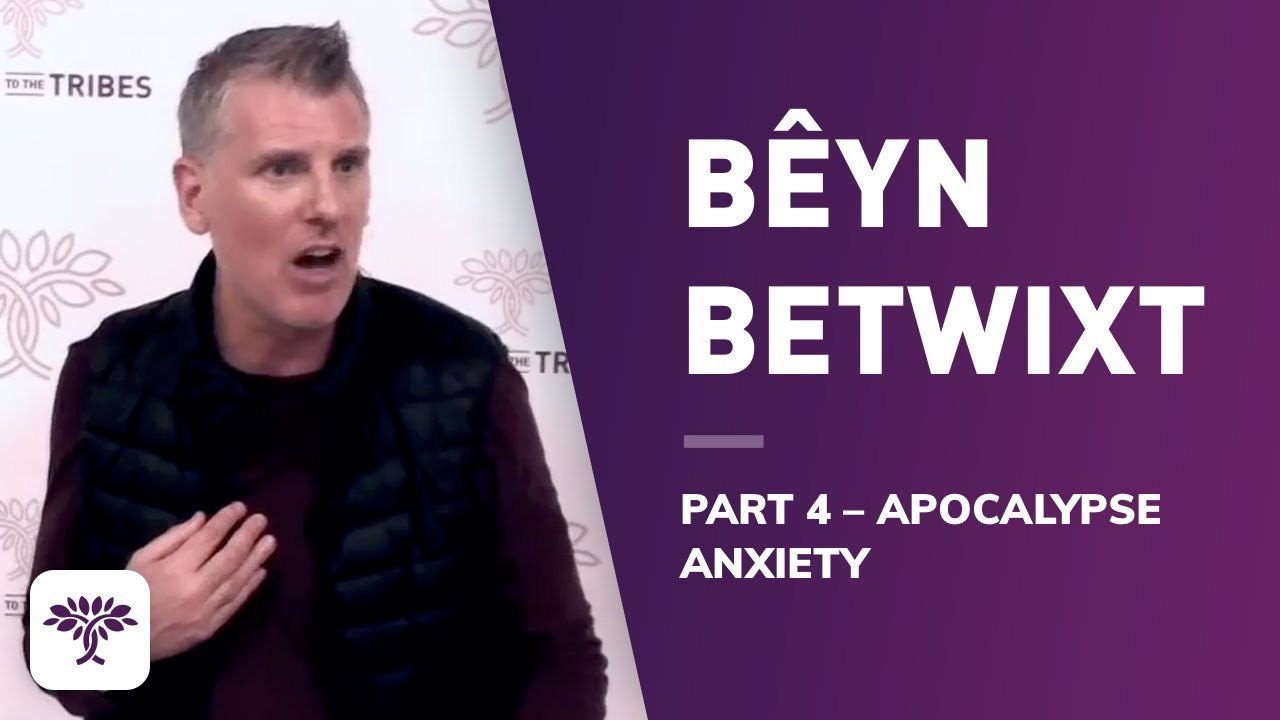 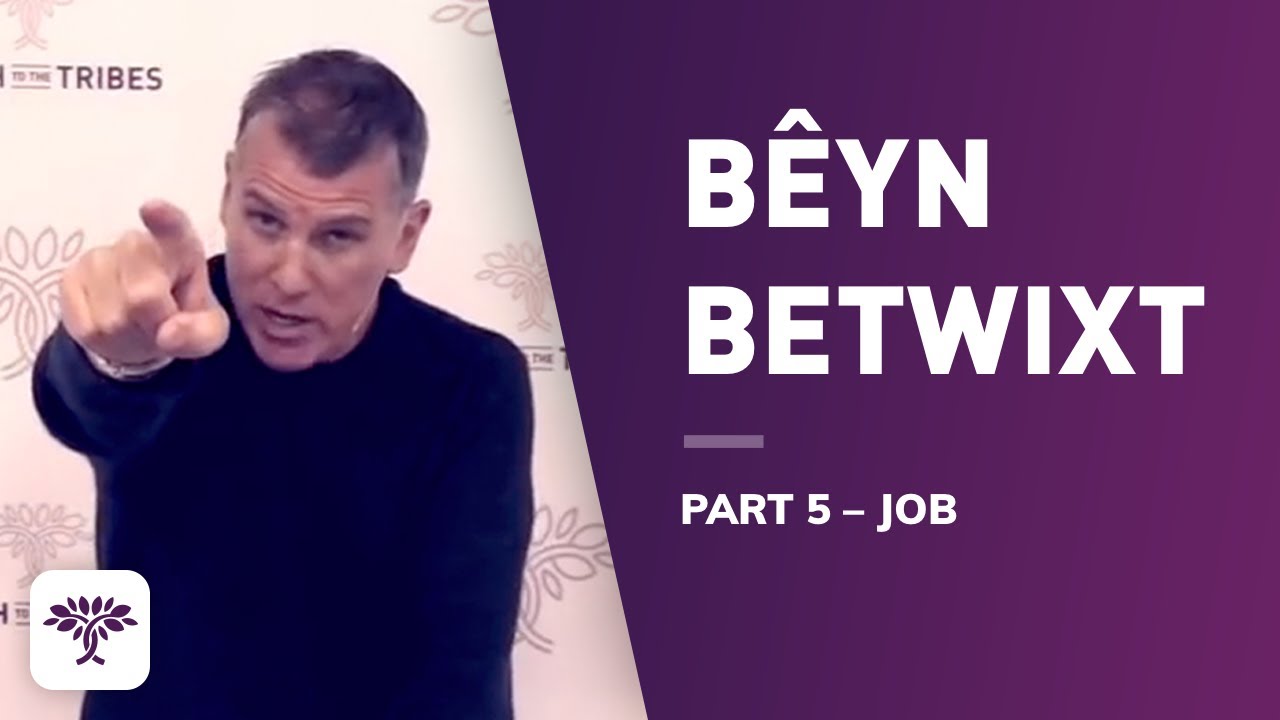