Yaakov Tzadik, or James the Just: Brother of Messiah, Zealot Leader, and Episcopate of the Jerusalem Assembly. Is this epistle simply an unpacking of Christology, or a guide for practical living among the Melchizedek priesthood? Join us, as we wrap up our series on the Book of James. 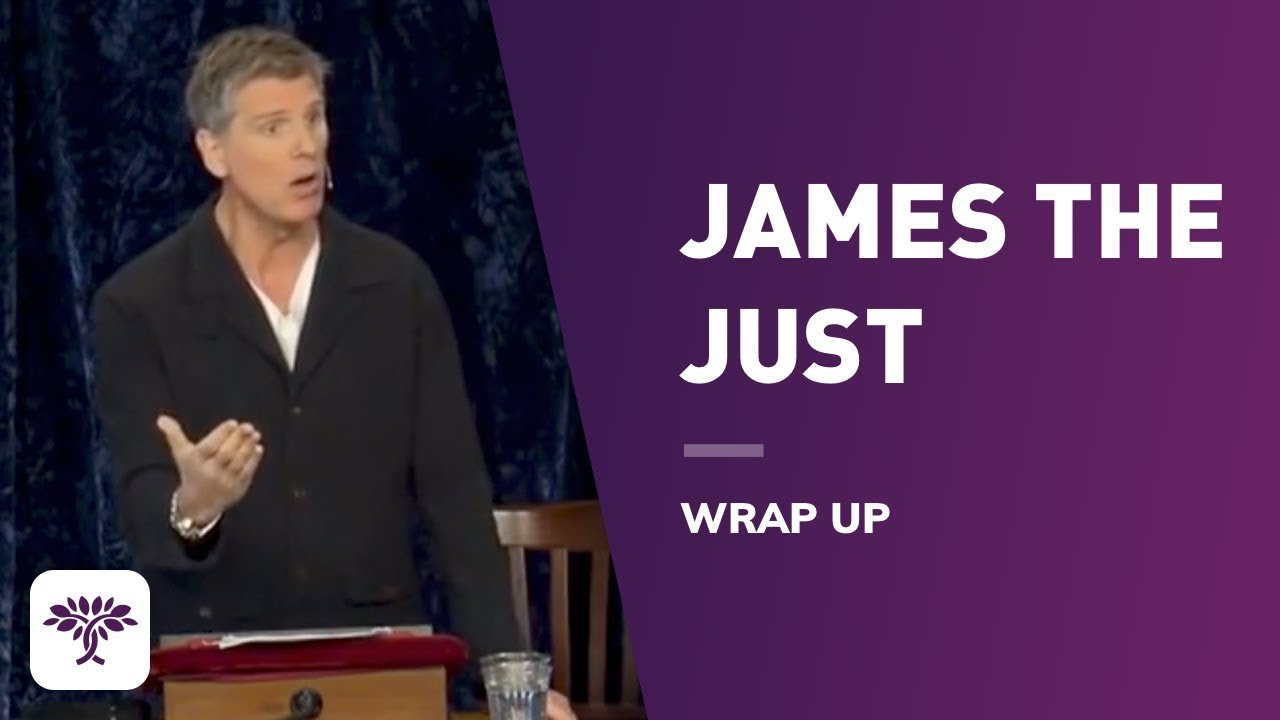  Location: Yaakov was in or around the vicinity of Jerusalem when he wrote this homily.

Audience: Hebrew hellenized audience whose recipients reside outside Jerusalem – in the Diaspora, with a substantial part of them living in Phoenicia, Cyprus and Antioch.

All 12 tribes – reveals the majority of the so called ‘Jews’ that Yahusha and the talmudic were interacting with were in fact the synagogue of S.a.tan, ‘those who say they are Jews and are not’.

Theme: addressing persecution. A very rich Jewish/Hebraic atmosphere, the meeting place of the assembly is still called a synagogue and the oneness of יהוה is still evident (2:19), this is prior to any development of self-consciously Christian theology!

The book contains more than 40 allusions from the Tanakh and 4 direct quotes.

Object: To strengthen the faith of believers in the midst of persecution, who were being persecuted by the wealthy Jewish and elite class who were guilty of defrauding and oppressing them (NWO today).

Language – Septuagintal with only thirteen words in James that aren’t found in the LXX – giving the Greek a very Semitic feel – written originally in Greek borrowing from the Wisdom literature (Sirach, Wisdom of Solomon, and Proverbs).

1.3 the five virtues of faith:

1:14 The family tree of sin needs to cut at it’s root….desire…..three generations!

Yaakov’s election to the ‘Episcopate.
This is the missing history of Yaakov, Yaakov the undisputed successor to Yahusha and ‘the Bishop of Bishops’ or ‘Archbishop’ ‘Archapostles’ ‘Pillar’ of the community of saints!

Something the Institutionalized Church has buried for Millenia – the direct appointment of James – not Peter, as successor to his half-brother Yahusha!
  
 ‘Sacred history’ led us to believe that the Romans burnt down and destroyed the Temple in 70CE. But ‘historical truth’ informs us by way of Josephus that it was the corrupt Levitical priesthood under Ananus that set fire to the Temple– an inside job, rather than let it fall into the hands of followers of the recently martyred Yaakov – the true priesthood!

“Law of liberty” what’s this ‘law of liberty?’ It refers to the teaching and instruction of יהוה that sets a person at liberty from curses and condemnation that are contained within the Book of the Law!

The Book of the Covenant is made anew and is what liberates Israel NOT from ‘being under the law ’ as a whole as the Institutionalized Church would have you believe – leaving you stranded and lawless outside of covenant fidelity…..but it liberates you from the imposed not agreed to Book of the Law thereby providing you the freedom from the Levitical interpretation of the Book of the Law – the schoolmaster and tutor!

1:12 ’Genesis face’ where Abraham’s face met יהוה and was brought into the covenant ‘law of liberty’.

The Word of יהוה is the ‘genesis mirror’ that shows the ‘genesis face’ that leads you back to the ‘genesis law of liberty’ – the Malki-Tzedik covenant adherents are the doers of the Word!

יהוה freed Israel from it’s bondage in Egypt to give them the Book of the Covenant, so יהוה that they would be free and blessed.

It was only later after they were unfaithful restrictions – the school master and curses were put upon Israel – thus the, ‘Torah of liberty’ identified, can be non other than Book of the Covenant Torah!
       
 ‘Law of liberty’ is the, ‘perfect law’ spoken by Yaakov, given by יהוה in order to safeguard the freedom He secured for Israel.

Book of the Covenant Torah safeguards our liberty, protects us from enslavement to men’s doctrines and dogmas!

2:8 If you fulfill the Royal Torah according to the Katuv,You shall love your neighbor as yourself; you will do well:

‘The royal law, according the scripture’. Royal is kingly, the Greek word order points us to exactly where Yaakov is referencing, “a law ye are fulfilling royally or kingly.” The only Torah that was Malki – kingly in respect to personS not a person fulfilling it was prior to Exodus 24:12! Exodus 19:6 And you shall be to Me a malchut of Kohanim, and a kadosh nation. Kingdom Torah! The Greek word order establishes that the background for Yaakov’s teaching is the Book of the Covenant which provided the Torah’s true standard of righteousness as lived by the Patriarchs and made anew by Yahusha death and ratification of the Malki-Tzedik priesthoods royal law – covenant torah – Genesis 1:1 – Exodus 24:11 the impending change of Genesis 49 brought about by the Melech ha Melechim.
‘The royal law’ extends beyond the Book of the Law, it’s ‘new’ in it’s ability to work from the inside out just as the Master works on the redeemed individual – from the inside out!

2:14 There’s no contradictions between Yaakov and Shaul but rather contrasts in five particular areas:

2:22 Do you see how emunah-worked with his mitzvoth, and by mitzvoth was his emunah made perfect? 23 And the Katuv was fulfilled which said, Avraham believed vuvh, and it was counted to him for tzedakah: and he was called the chaver of vuvh.
      
 Avraham was already a believer in Genesis 12 – the inception point of the MalkiTzedik Covenant, meaning his justification was then verified by יהוה, when?…….Genesis 15 – The covenant between the pieces! Demonstrating what? That salvation is wrapped up within the covenants of promise, the only way to access those covenants of promise is by faith in the Son’s death penalty payment of Gen.15 which will lead into the production of the covenant works of Malki-Tzedik Torah contained in the fulness of Genesis 12.
Reverse thread of Avriham Avinu because the covenant was broken. Genesis 12 >15 for Avraham, Genesis 15>12 for us!

Ch. 3 The tongue Yaakov mentions it in each chapter – for a total of nine times! ‘A bit’ : The point: a small thing can control a large thing – The tongue directs our life, either toward spiritual maturity and rewards or divine discipline and a loss of rewards.

If we can’t control our tongue we will destroy our return to the Genesis cycle of covenants – the covenants that roll out from Genesis 12 – 15 – Exodus 19 like a wheel, and set aflame our Yisrealite race form being a Kingdom of Priests and a holy nation!

4:1 Wars and fights come from your desires (hēdonē/hedonism) that war in your members – Hedonism.

How do you begin to walk the walk of works? By being immersed in the Malki- Tzedik priesthood being released from the curses of the Book of the Law, thereby partaking in the covenants of promise which in turn bestow the righteousness of Abraham upon you as you walk out the covenant commandments from Genesis 1 – Exodus 24:11. Ephesians 2:12, 1 Peter 2:9, Galatians 3:10.

The final months before the siege (70CE): The lower priesthood stopped the daily sacrifice after being influenced by the ‘Righteous Teacher’ (Yaakov) and Zadokite zealots, at this time the practice was so far removed from even the BoL because the higher priesthood weren’t offering sacrifices to יהוה the daily sacrifices were being offered on behalf of the emperor and the Roman people – The NWO!

James 5:1 (The prosperous Sadducees and chief priests were oppressing the followers of the Malki-Tzedik). Their miseries will soon be returned to them one hundred fold and destroy their wealth and priestly way of life – 70C.E – the first installment of His general judgment. 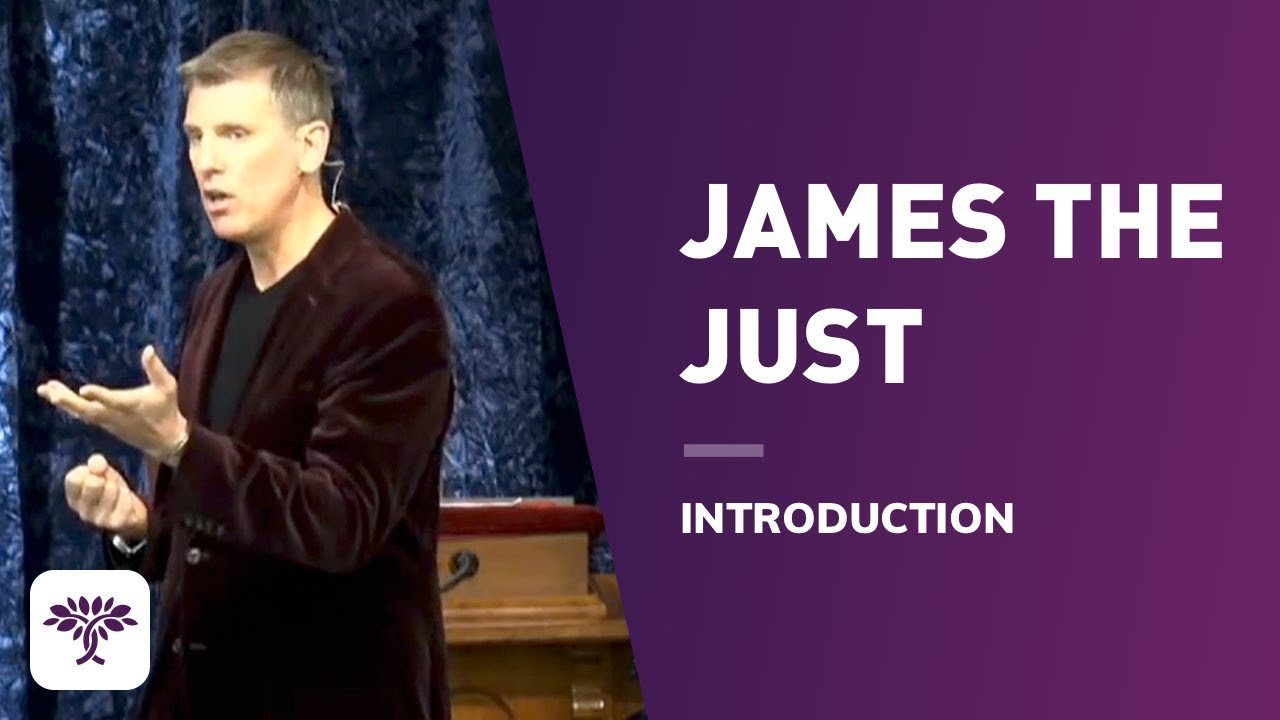 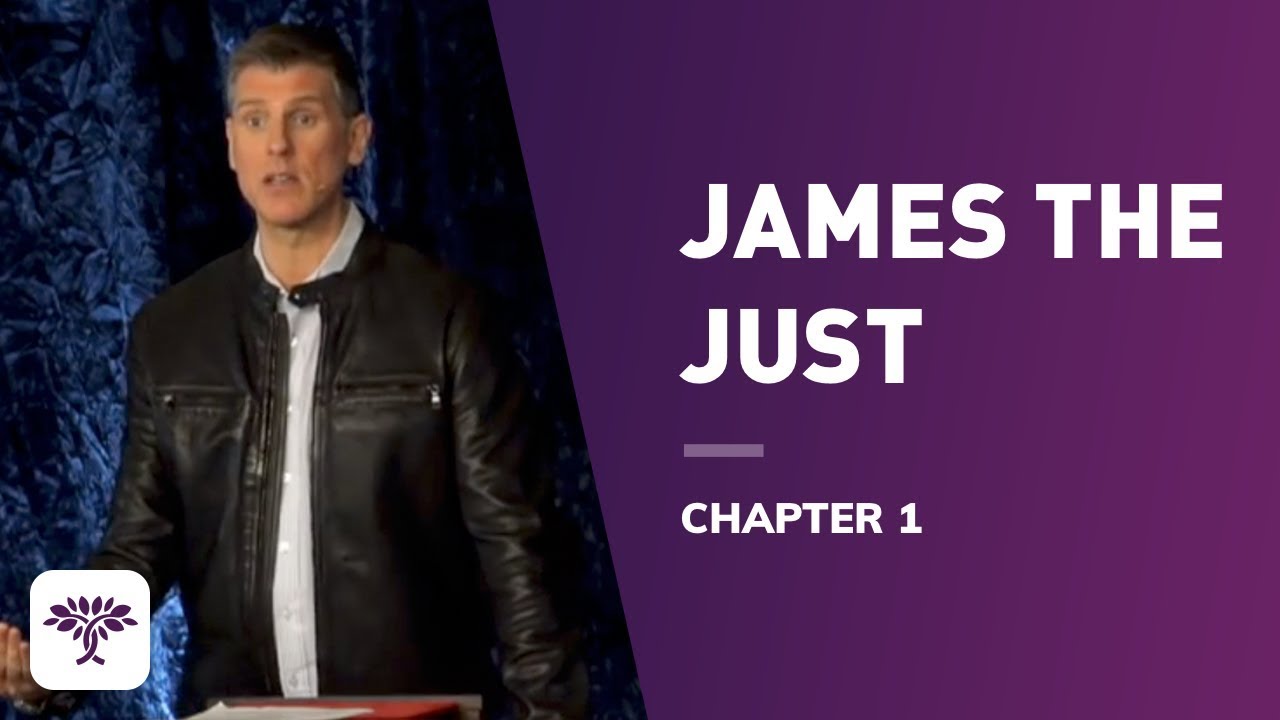 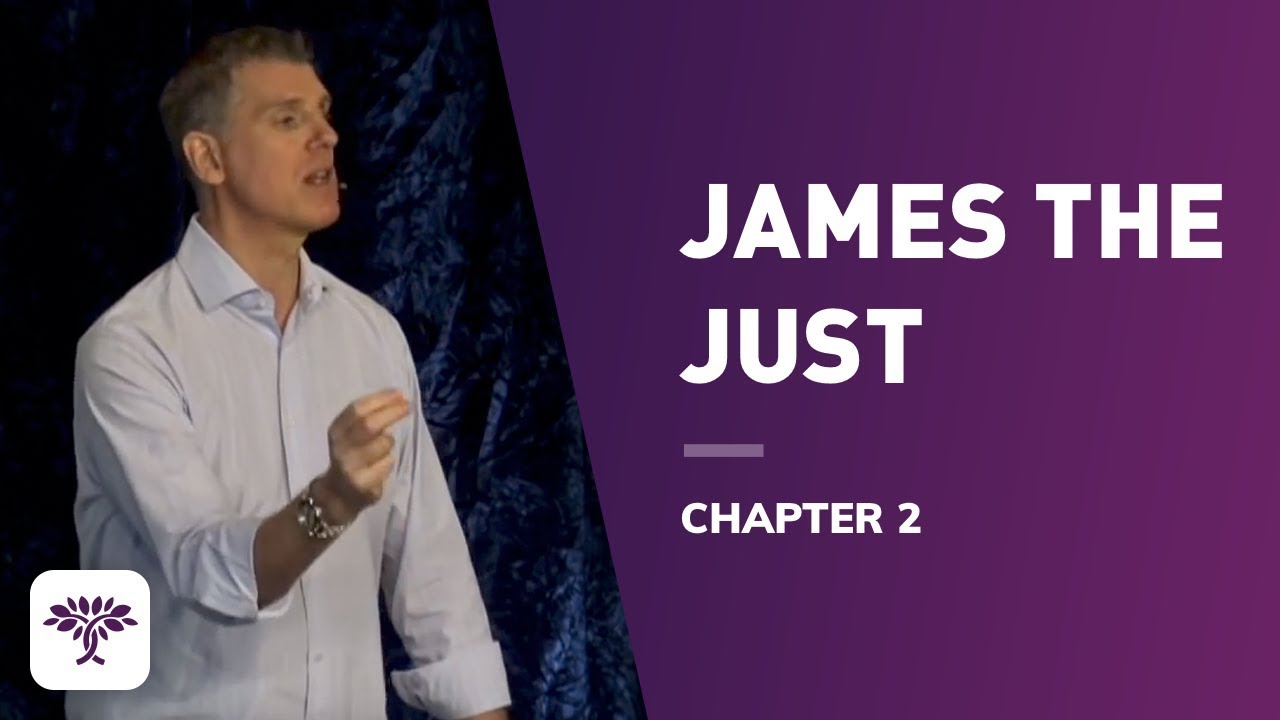 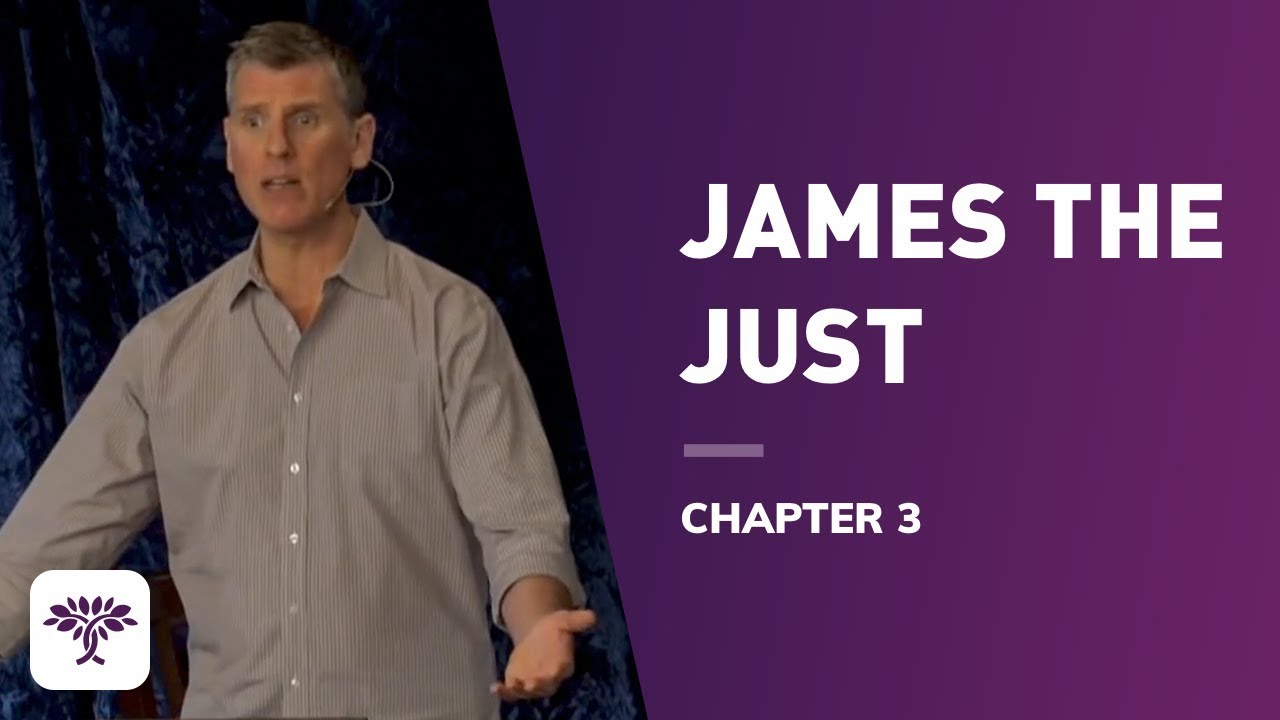 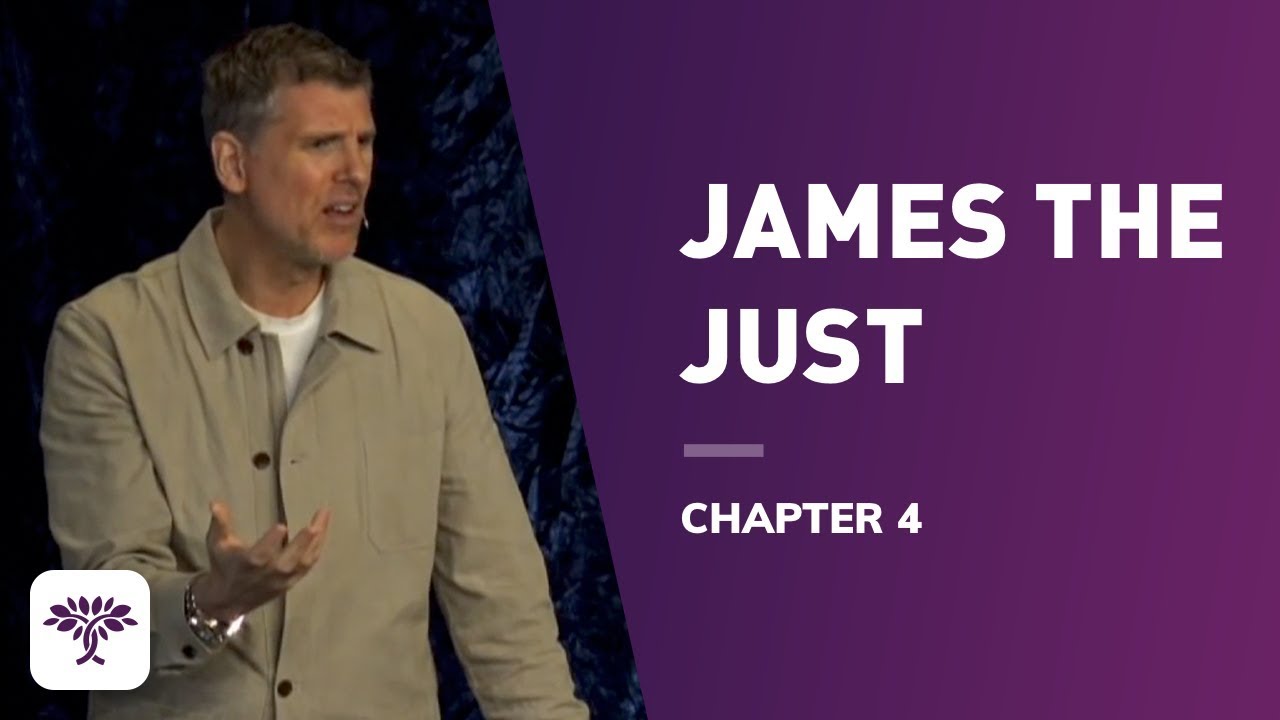 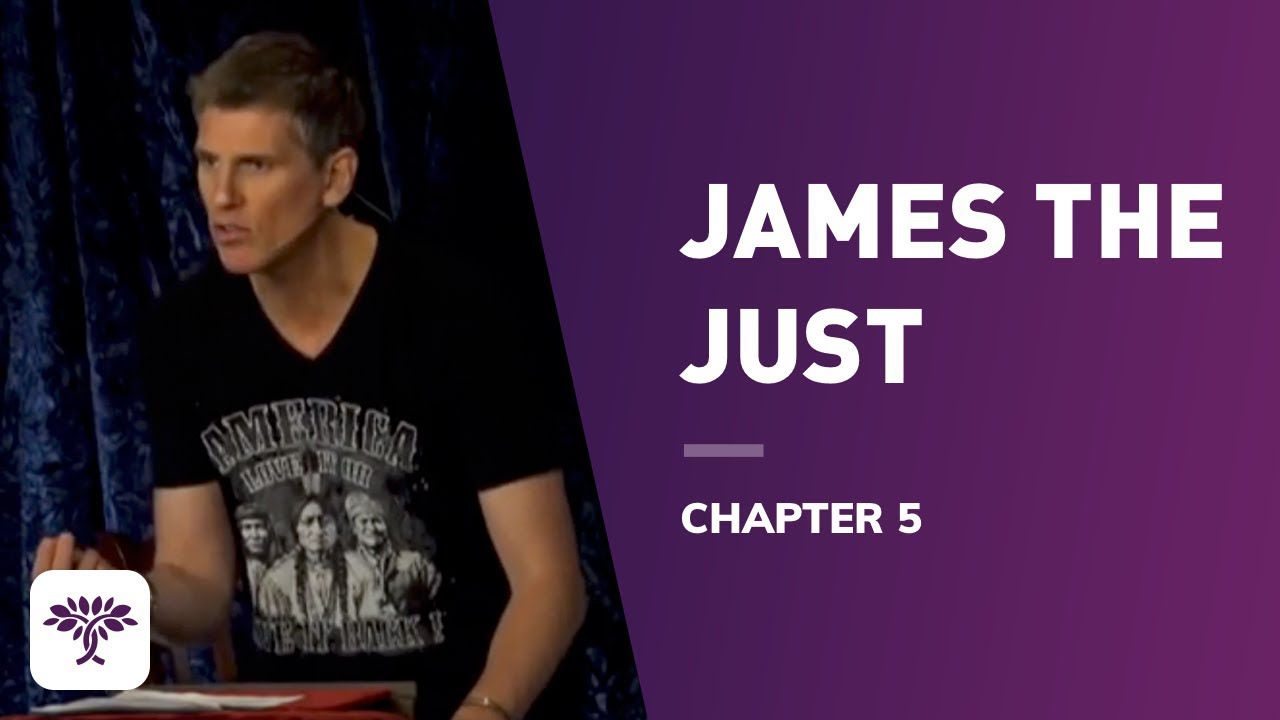